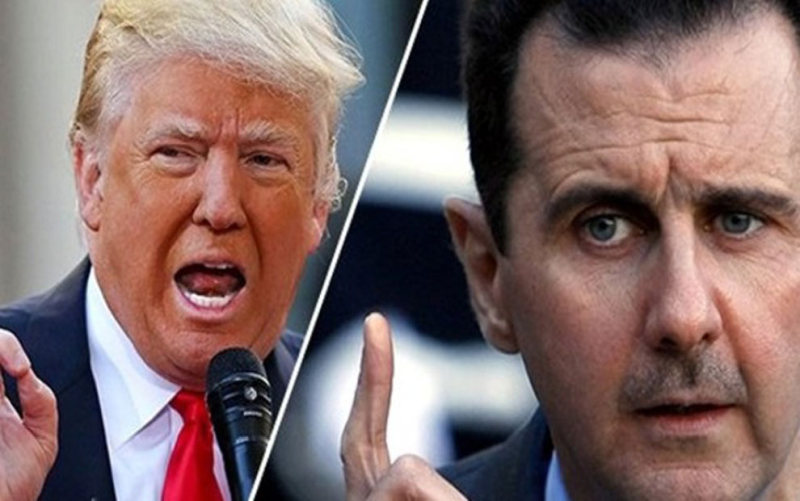 After Iraqi Kurdistan’s debacle and the opening up of an Iranian overland bridge via Iraq to Syria, it can no longer be denied that the US and its allies are on a downward slope in Syria and soon in Iraq.

The Syrian Defense Forces (|SDF), were trained, armed and funded by Washington and led by the Kurdish YPG. Yet, after capturing ISIS’ de facto capital of Raqqa, they find they are devoid of resources for buying a role in Syria’s future. Calling the shots are Russian- and Iranian-backed local and external minions, while America’s allies are in limbo.

How did this come about? DEBKA Weekly’s analysts point to some of the factors.

The Americans meanwhile stood by as the Russian sphere of influence kept on expanding, letting the areas held by US forces shrink to two pockets in the south and the north, their only tasks being to fend off immediate threats.

In contrast, Russia pumped warplanes, helicopters and missiles and other advanced systems into Syria – both directly to Assad’s army and indirectly to his allies, the Shiite militias under Iranian command and Hizballah. Some pro-US rebel militias reacted by going over lock, stock and barrel to Assad, opting to fight under the Russian military and aerial umbrella and break their ties with the US and its allies.

The US administration figured that the two tracks would eventually interlock and complement each other. But this assumption did not take into account that, while Moscow’s allies were proactive at Astana, America’s partners, Saudi Arabia and Jordan, disapproved of the way things were going at the Geneva conference. And so, that track slowed to a crawl, while Astana roared ahead.

Three instances are worthy of mention:

American forces fought alongside the Hashd al-Shaabi, which is under Iranian Revolutionary Guards command, in the battles against ISIS in Mosul and Tal Afar in July and early August.

Shortly after that, US special operations units fought with the Syrian government’s army and Hizballah to drive ISIS from its strongholds on the Syrian-Lebanese border.

Even today, American troops are joining the Iraqi army and Shiite militias which are fighting the jihadists in the Anbar province of western Iraq.

America is paying a price for collaborating with its enemy on the battlefields of Syria and Iraq.

On Thursday, Nov. 5, Iran’s supreme leader Ayatollah Ali Khkamenei declared for the umpteenth time that America is his country’s number one enemy.