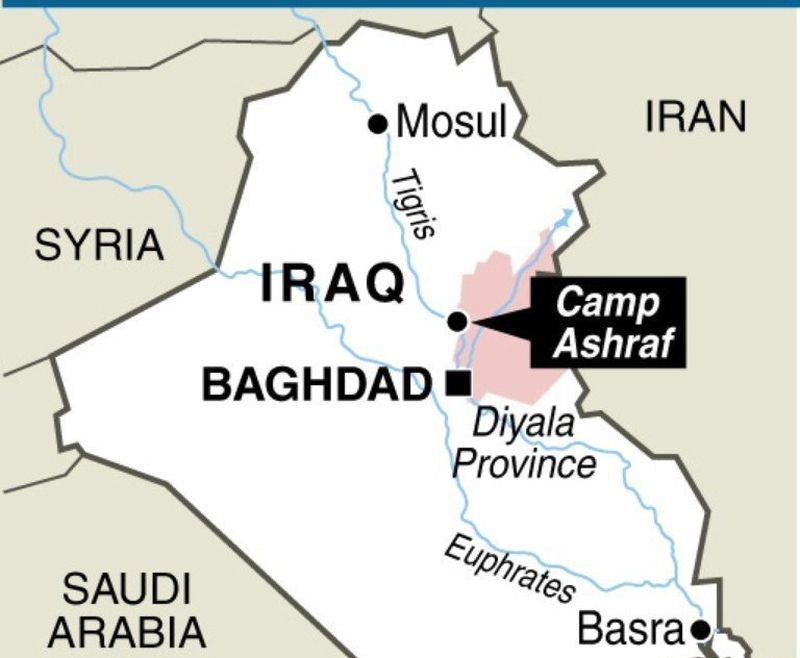 Camp Ashraf is the Badr Brigades command headquarters and the IRGC’s main base in eastern Iraq. Located just 80km from the Iranian border, it is a huge complex with accommodation for 4,000 combat personnel fully armed, as well containing a multibranched underground storage facility for large pieces of hardware, including missiles, tanks and heavy artillery.

In the first IDF attack on July 19, exploding Harop stealth drones were dropped on a camp outside Amerli in the Salahudin province northeast of Baghdad. It targeted the 52nd Brigade of Hashd Shaabi, another pro-Iranian Iraqi militia in another Badr Brigades facility.

On July 24, in between the two raids on Iraq, Israel fired surface missiles to demolish a new Iranian intelligence set up on the southern Syria hill of Tal Al-Harara a few days after it began functioning. This station would have afforded Iran a wide-screen view of northern Israel and parts of the eastern Mediterranean.

Those three operations were conducted under the radar of international public notice, including its own. They represented the emergence of a major Israeli war effort against IRGC on a scale unprecedented in all the years of IDF operations for displacing Iran’s military thrust into Syria and Lebanon. Until now, Iraq did not appear on Israel’s list of anti-Irani targets; neither had its operations ever come so close to Iran’s border.

An offensive of this import would not have been undertaken without a clear green light from the White House, our military and intelligence sources stress. Most of all, the Israeli air force was almost certainly provided with targeting intelligence support from the Iraq-based American military. It is also presumed that US air facilities in the country were used for launching the Israeli UAVs against the pro-Iranian targets while providing standby support for emergencies.

This close US-Israel military sync in Iraq freed Washington to explore secret channels of dialogue with Tehran at the same time as the IDF challenged the IRGC to a deadly duel.

The Guards are not expected to let Israel have the last word in this struggle. The US Israel, preparing for Iran’s proxies possibly shooting missiles into Israel from Iraq or Syria, attempted a spot of deterrence.

The successful joint tests of the Arrow 3 anti-missile defense system off Alaska on Sunday, July 28, was deliberately hyped up by the two military establishments. The Arrow’s ability to intercept ballistic missiles in outer space as well as satellites was loudly trumpeted.

Also tested in coordination with the Arrow 3 was the American X-band radar system, one of whose bases is located at an exterritorial US camp atop Mt. Keren, deep inside the Israeli Negev Desert. This facility, a link in the US anti-missile shield, can detect any missile being launched in Iran or elsewhere in the Middle East.

This high-resolution X-band radar array has been integrated in missile interceptor systems like the Ballistic Missile Defense System (BMDS) and Terminal High Altitude Area Defense (THAAD). It can also take its cues from nearby Aegis sites or overhead early warning spy satellites, while also taking control of those Aegis systems or setting loose a ground-based interceptor against incoming threats. The US and Israel made a point of widely broadcasting all these particulars to inform Tehran that the two allies’ defense systems are revved up to peak capability for fending off any missile attacks. Since Israel’s operations in Iraq are just beginning, Tehran must be expected to seek retribution at some point.