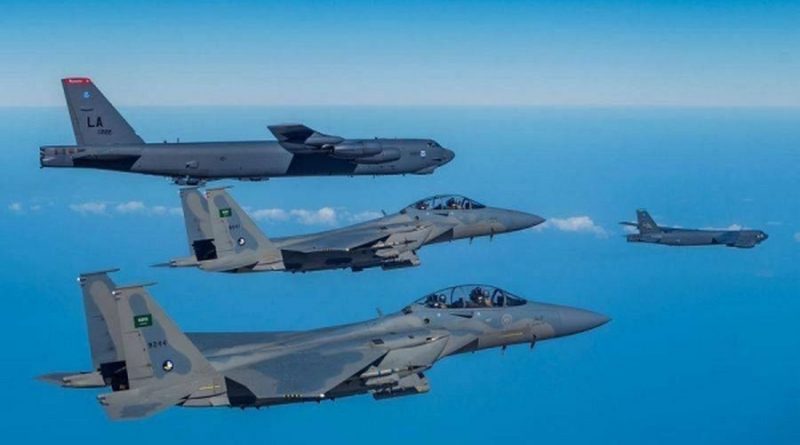 US military chief Gen. Mark Milley distanced the Pentagon from the demand made by House Speaker Nancy Pelosi on Jan. 8, under the title: “Preventing an Unhinged President from Using the Nuclear Codes.” She acted in the wake of this week’s stunning stampede by Trump supporters through Congress causing five deaths.

Gen. Milley confirmed the conversation but avoided referring to attempts to strip the president of his authority as commander in chief ahead of moves by Democratic lawmakers for his impeachment on Monday, nine days before Joe Biden’s swearing-in as president.
Amid the political havoc in Washington, the US military and its Mid-East allies were keeping a wary eye on possible moves by Tehran or its proxies to exploit for malign purpose the incoming administration leaders’ preoccupation with assaulting Trump in the last days of his presidency. Saudi Arabia’s Royal Air Force (RSAF) and the US Air Force completed a bilateral military drill, in which Saudi F-15SE fighters and American B-52 strategic bombers and F-16 fighters participated. The heavy B-52 bombers had been flying over the Middle East for the past two weeks, repeatedly crossing the skies over Israel, amid high tension with Iran.

Gen. Milley will have been informed of IRGC chief Gen. Salami’s unveiling on Friday of a huge underground missile base along the Persian Gulf coast. Iran’s state TV clip clearly showed him leading a group of senior commanders as they walked over large US and Israeli flags painted at the tunnel entrance.

In Pyongyang, Kim Jon Un chose the moment for a pledge to expand North Korea’s nuclear weapons arsenal and military potential, including a nuclear submarine.

Washington is meanwhile focused on security for the presidential inauguration ceremony, lest the rioters who ransacked Congress last week attempt another disruption. The FBI has appealed to the public for help in bringing the ringleaders of the Capitol assault to justice.

President elect Biden said Friday that President Donald Trump’s decision not to attend the ceremony was a “good thing” and one of the few things he and I have agreed on.” The swearing-in of the president and vice president will be scaled down due to the soaring covid virus assault on America. The US saw a record of 4,000 deaths from the pandemic in one day on Friday, raising the total death toll to 380,000. More than 22 million Americans are infected.

Since the siege of the Capitol, scores of Democratic lawmakers, several former federal officials, former Pentagon chiefs, some governors and at least one Republican House member have all demanded Trump’s immediate removal from office via impeachment. Many senior members of the administration have resigned, including the secretaries of transportation and education.

President Donald Trump has been permanently suspended from Twitter “due to the risk of further incitement of violence”, the company said. Trump, who made the use of Twitter as his primary public medium vehicle commonplace for world leaders, said he would establish his own platform.