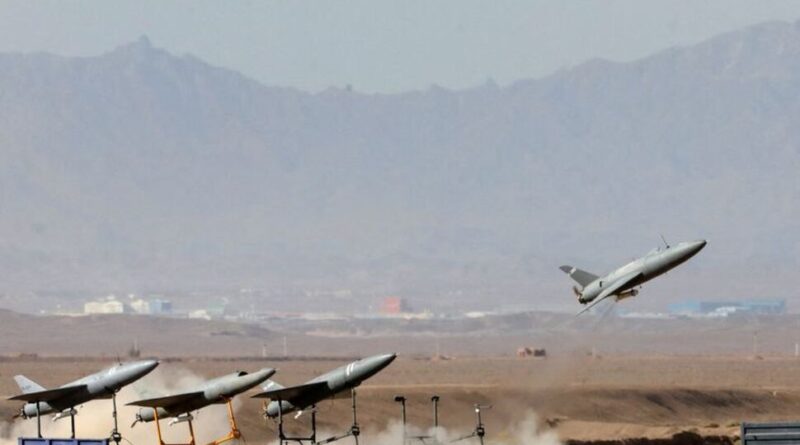 Iran has ready a shipment of 300 armed suicide Shehad 126 drones for consignment to the Russian army’s Ukraine offensive. They are destined for delivery to a new plant Iran and the Russian military have set up in Crimea for outfitting the drones with Russian electronic gear. This consignment will raise Iranian armed drone deliveries to the Russian army to a total of 2,000. In return, Russian and Iranian officials have inked a deal worth $2bn to supply Tehran with a number of advanced Russian Sukhoi 24 and Sukhoi 35 fighter aircraft. Moscow is thus paying Tehran $1m for every drone.

These Sukhoi aircraft were originally produced for Egypt. That deal fell through when Washington threatened to cut off its economic aid package to Cairo in reprisal.

Moscow is expected to seek more supplies of Iranian drones for its expanding war in Ukraine. The two parties are now talking about letting the Russians have Iranian surface missiles to further enhance their war effort.

The issue of Iran’s boost for Moscow’s Ukraine war was raised on Dec. 22 in the call President Vladmir Putin put through to Prime Minister-designate Binyamin Netanyahu, with belated congratulations on his election victory. Netanyahu took the opportunity to voice concern over Moscow’s broadening military association with Tehran. In particular, DEBKAfile’s military sources note, Israel is concerned that Russia may be ready to reward Iran in a number of critical areas:  One would be nuclear knowhow; another, limitations on the freedom of operation hitherto granted Israel to strike Iran’s military and proxy buildup in Syria; and a third, Iran’s delivery of the same armed drones to the Yemeni Houthi insurgents and Hizballah forces in Lebanon and Syria for attacking Israel.

On Friday, Mossad chief David Barnea warned that a threat to Israel was implicit in Iran’s arms supplies to Russia. Meanwhile, he said, Tehran intended “to expand its uranium enrichment program.”

According to our sources, the subject of a joint US-Israeli operation to wipe out Iran’s drone plants was covered in recent bilateral talks, including a conversation between the US National Security Adviser Jake Sullivan and his Israeli counterpart Dr. Eyal Hulata.