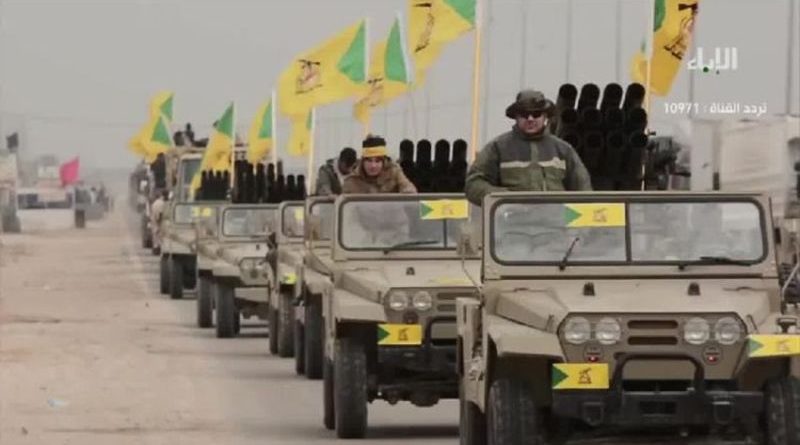 Just two months after the US terminated Qassam Soleimani, Iran’s schemes are again rolling forward. On Monday, March 30, his successor, Brig. Gen. Esmail Ghaani, arrived in Baghdad determined to bar the way for a candidate who was unwilling to dance to Tehran’s tune to become prime minister of Iraq.

In a round of urgent meetings, Ghaani, the new chief of the Iranian Revolutionary Guards’ elite Al Qods Brigades, leaned hard on influential Iraqis. He was quite unmoved by the country’s lockdown against the spread of the coronavirus, or the popular voices complaining that Iraq’s ruling elite is openly corrupt and indifferent to the country’s basic needs.

So far, no candidate has gained endorsement from the political parties represented in parliament. President Barham Salih first nominated former communications minister Mohammed Allawi as candidate without success. On March 16, he named Adnan al-Zurfi with 30 days to form a cabinet. Since like Allawi, he is pro-American, he is also likely to be voted down by parliament.

Persistent rumors in Baghdad, cited here by DEBKA Weekly, quote Gen. Ghaani as warning Iraq’s party chiefs that if the president persists in putting forward such candidates, Tehran will not hesitate to stage a military coup in Baghdad and install its tame Shiite militias chiefs in power.

The second item on the Al Qods chief’s Baghdad agenda was a check on whether Iran’s satellite militias in Iraq were prepared to withstand potential American retaliation for their almost daily rocket attacks on US bases.

For better protection, US troops are being pulled out of small bases in the country and regrouped in the large military compounds. Already emptied out are the Qayyarah airbase 60m south of Mosul, the former presidential palace north of Mosul, the K1 airbase and the Qaim base near the border with Syria.

The Al Qods chief referred to the fresh intelligence received by the Shiite militia chiefs and Iraqi military agencies that President Donald Trump has come to a decision to strike back at the “rocket force” groups’ locations – ten in all. They belong to Hadi al-Ameri’s powerful Badr Organization, Qais al-Khazali’s Asa’ib Ahl al-Haq, Akram al-Kaabi’s Al-Nujabi movement and the Hezballah-Iraq faction.

According to that intelligence, American attacks are imminent and they are planned to target those militias’ bases in Syria as well as in Iraq.

Before visiting Baghdad, the al Qods chief therefore made a trip to Homs in central Syria to inspect the Revolutionary Guards and Shiite militia forces based there.

On April 1, President Trump confirmed the intelligence data regarding his intentions when he said in a White House briefing that Tehran should expect a bold US response if Iran or Iranian-backed groups attacked American forces or assets in Iraq.

He also tweeted: “Upon information and belief, Iran or its proxies are planning a sneak attack on US troops and/or assets in Iraq. If this happens, Iran will pay a very heavy price indeed.”