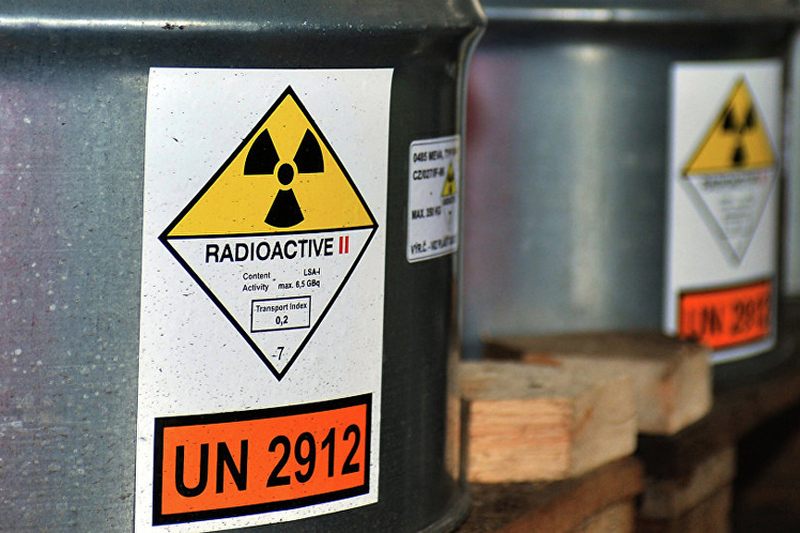 At the forefront of US military planning is a prospective major Iranian attack on an important Saudi oil structure. While raising a wall of silence on this plan, the Iranians are waxing eloquent on their nuclear intentions. On June 17, Behrouz Kamalvandi, spokesman for Iran’s Atomic Energy Organization, gave the signatories of the 2015 accord remaining after the US withdrawal just 10 days to “fulfill their commitments” under that accord.

That deadline looms large in Washington. If the Europeans failed to compensate Tehran for the harsh treatment meted out by the Trump administration by July 27, they were told that Iran was set to break through the 300kg ceiling set by the accord on low-grade nuclear enrichment. Kamalvandi warned that “Iran might enrich uranium up to 20 percent – a level closer to weapons grade.

The spiraling tension between the US and Iran brought Secretary of State Mike Pompeo over to US Central Command headquarters in Florida on Tuesday, June 18. He briefed the generals, led by CENTCOM chief Gen. Kenneth McKenzie and commander of special US forces in the Mid-East Gen. Richard Clarke, on current directives. As he spoke, Saudi Arabia placed all its oil installations on maximum security alert against possible Iranian assault after the Pentagon announced the deployment of another 1,000 US troops to the region.

Pompeo told media interviewers this week that the United States “is considering a full range of options” including a military response to combat Iranian aggression. “We’ve briefed the president a couple of times,” he said. “We’ll continue to keep him updated. We are confident that we can take a set of actions that can restore deterrence, which is our mission set.” Asked if military options were on the table, Pompeo said: “Of course.”

He stressed: “The president will consider everything we need to make sure,” and added: “We don’t want Iran to get a nuclear weapon.”

This was the Trump administration’s response to Kamalvandi’s nuclear ultimatum. It was issued while European Union foreign ministers were meeting in Brussels, but its main purpose was to jog the Trump administration into recognizing that time was running out for a substantial easing of sanctions on Iran’s oil sales as a result of the secret US-Iranian talks brokered by Swiss and Iraqi negotiators. (See DEBKA Weekly 850: Secret US-|Iranian Talks Planned as Window to Ease Sanctions).

It was the information from an especially credible source about extensive preparations for an Iranian Revolutionary Guards (IRGC) attack on a strategic Saudi oil target that set the military wheels rolling in Washington, say our military and intelligence sources. This intelligence was fleshed out by the hundreds of IRGC wasp speedboats suddenly swarming in Persian Gulf waters.

In striking contrast to these grim developments, our sources report that the first coordination channel opened up this week between the US Fifth Fleet Command based in Bahrain and the IRGC Navy command at Bushehr. Its initial performance was disappointing. Instead of a channel for dialogue, it proved to be a one-way street for the Americans to send messages to the Iranians without receiving a reply (See the leading article in this issue.

Moreover, Iraqi sources in Baghdad passed on a promise from the Al Qods Chief Gen. Qassem Soleimani to refrain from direct attacks on US bases on Iraqi soil. That commitment evaporated in short order when, on Wednesday, June 19, a rocket landed on the compound housing US giant ExxonMobil and other foreign oil firms west of the Iraqi port of Basra, injuring two Iraqi workers.

DEBKA Weekly’s sources report that whatever Pompeo’s remarks and actions may portend in the way of US military action, they were evidently meant to tell Tehran that a US military response for Iranian aggression is under close consideration. What form it may take is still up in the air.

A hint may have come from a New York Times revelation that the US Cyber Command has been able to plant plants digital mines in Russia’s power grid and is able to “plunge Russia into darkness or cripple its military.” President Trump slammed the story as a “virtual act of treason” but he may not have objected to Tehran taking the revelation as applying equally to Iran.

The same story disclosed that during the years of the Obama administration, Gen. Paul Nakasone, head of this command, was deeply involved in designing an operation code-named Nitro Zeus for a cyberattack to disable Iran’s air defenses, communications systems and critical parts of its power grid, in the event of the diplomatic effort failing to hold down its nuclear program and leading to military conflict.

Most of this week, Trump administration spokesmen sounded as though they were bent on mobilizing an international front to stand up to Iran’s attacks on oil targets in the Gulf and US or allied targets in Iraq and Yemen. In practice, there was no such effort. Neither President Trump nor Secretary Pompeo have much patience for the skepticism radiating from London, Paris, Berlin and Brussels whenever Washington blames Iran for the attack on the two tankers in the Gulf of Oman. Some Europeans demanded more evidence to prove this. The first video clip released by the Pentagon showing IRGC personnel removing magnetic mines from the hull of the Japanese tanker was not taken by the Europeans as proof that their orders came from Tehran and the attack was not a cowboy initiative by a local IRGC commander. As a British official put it: “More needs to be revealed about the chronology of these attacks. When, for example, were the mines actually attached to the vessels.” Trump’s team decided that attempts to provide answers would only lead to more questions and unending quibbles and so dropped the appeal for a coalition.

DEBKA Weekly’s military sources emphasize that the US president may not yet be ready to direct radical military action against Iran, and may prefer additional cautious preventive measures, such as attaching US, British and French warships to oil tanker traffic to assure the ships of safe passage through the Gulf and Red Sea.