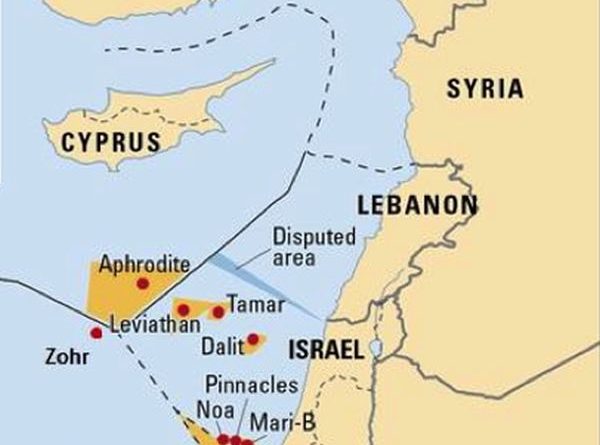 Trump’s election campaign is giving new impetus to talks on the Israel-Lebanon controversies over their maritime and land borders – another deep-rooted Mid East dispute attacked by President Donald Trump’s diplomats after he achieved the coup of UAE-Bahrain ties with Israel. How to finally demarcate the overlapping Israeli and Lebanese Exclusive Economic Zones has defeated previous mediators. An agreement would allow Lebanon to start exploiting its offshore gas and oil reserves and help haul that country out of deep economic hole – with timely kudos for Trump diplomacy.

DEBKAfile’s sources report that the talks underway at the UN camp in Naqura on the Lebanon-Israeli border are focusing on the two border issues between the two countries. The land border marked by the Blue Line Since 2011 is more or less accepted, excepting for the small pocket of Shabaa Farms. It is based on the  1949 armistice agreement and the British-French agreement which demarcated the boundary between Mandatory Palestine and Mandatory Syria and Lebanon.

The maritime dispute is trickier: it is over an 856-sq km elongated triangle of energy-rich east Mediterranean Sea, In earlier negotiations, Israel agreed to assign 58pc of the disputed piece of ocean to Lebanon and retain 42pc for itself. Assistant Secretary of State for Near Eastern Affairs David Schenker has been shuttling between Beirut and Jerusalem in recent days to try and go forward on this basis. He found Lebanese officials he met, instead of the usual foot-dragging, raring for a deal, as the key to drawing investments and lifting its bankrupt finances out of the pit. The French Total has been given permission to start explorations in  “Block 9” – the disputed area which partly overlaps Israel’s EEZ
Israel has meanwhile established a new energy company Alon D after the American Chevron giant purchased the Texan Noble Energy’s share of the Leviathan offshore gas field, including plans to build a pipeline to Europe. Recent tests have found between 3 and 4 new gas fields larger than Leviathan in the same patch of sea.

While Israel is charging ahead with its energy bonanza, Schenkar has run into a major hitch in Beirut. The politicians there have not been able to put a government in place.  Hizballah is demanding the key Finance and Health portfolios, against strong resistance from other factions, and the Christian President Michel Aoun has broken off his ties with the Shiite leaders, including Hizballah’s Hassan Nasrallah and the Parliament Speaker Nabih Beri. None of them, it must be said, have made any objections to a maritime deal with Israel.

With the White House pressing for quick results, Schenkar, who is a seasoned diplomat and knowledgeable on Mid East corridors of power, may be expected to find the right buttons to push in Beirut for bringing the Trump administration another coup and arresting Lebanon’s disastrous slump.