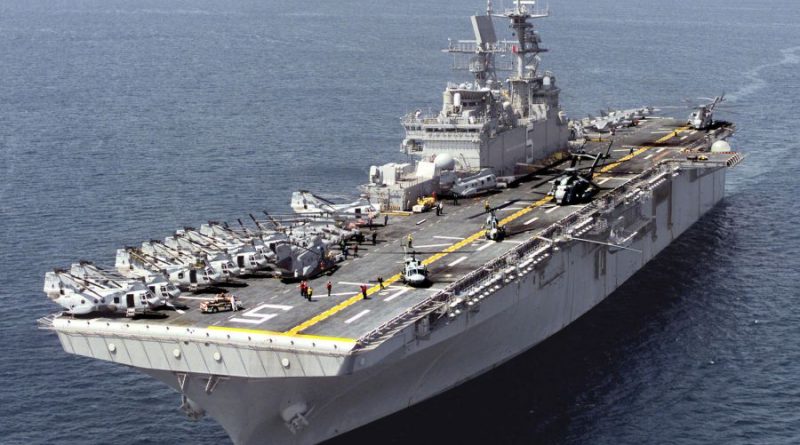 The USS Bataan strike group and the 2,400-strong 26th Marine Expeditionary Unit are being deployed to the Mid-East ready for unexpected trouble arising from spiraling tension with Iran and potential reactions to the release of Donald Trump’s “Deal of the Century” – a plan for an Israel-Palestinian peace –  early next week.
On Friday, Jan. 24, the USS Bataan amphibious assault ship, escorted by two other battleships, had reached the Red Sea opposite the eastern coast of the Arabian Peninsula. They had taken part in a naval exercise with Morocco, which was interrupted for their new mission.

US intelligence watchers believe that Iran is getting ready to expand its assaults on US and allied targets, including Israel and Saudi Arabia, in escalating payback for the US assassination of Al Qods chief Gen. Qassem Soleimani on Jan. 3.

On Friday, the Pentagon revealed that 34 US servicemen had suffered “traumatic brain injury” from Iran’s missile strikes on the US Ain al-Asad air base in Iraq on Jan. 8. Earlier, only 11 were reported injured, while President Trump had stated initially that no US troops had been hurt in the attack.

Gen. Frank McKenzie, head of the US Central Command in the Middle East, speaking from the deck of the Bataan, said, “Although the Soleimani killing was a deterrent, Iran continues to pose a very real threat.”

DEBKAfile’s military sources additionally attribute the latest American military movements to a reassessment of the tasks assigned to the US forces stationed in Iraq. Their new focus has moved to the semiautonomous Kurdish Republic (KRG) in northern Iraq. The three US airbases in other parts of the country, Ain al Asad, Balad and Taiji, will remain in place. However, three new American bases are under construction in Kurdistan.