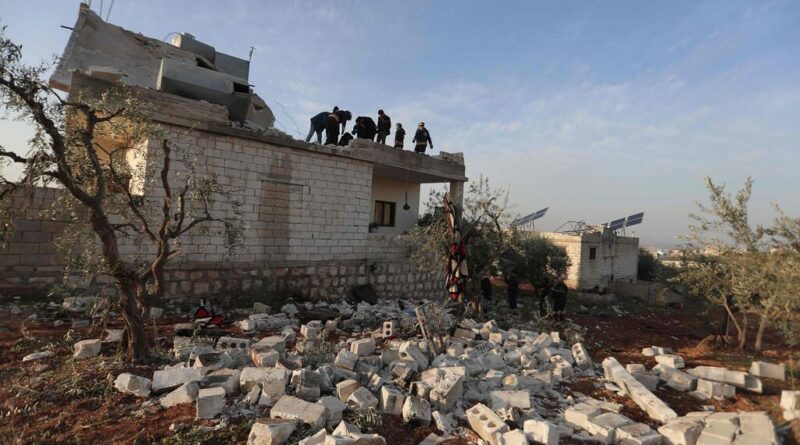 President Joe Biden said Thursday, Feb. 3: “Thanks to the skill and bravery of our Armed Forces, we have taken off the battlefield Abu Ibrahim al-Hashimi al-Qurayshi – the leader of ISIS.” He was referring to the largest US special counterterrorism operations since taking out Abu Bakr Al Baghdadi in 2019. Biden’s statement refuted earlier reports according to which the target was an Al Qaeda leader, who evaded capture when US special forces raided his home in the northwestern Syrian town of Atmeh in Idlib province.

Residents reported that some 12 bodies were pulled out of the rubble. AP says the US force had used loudspeakers asking women and children to leave the area. Witnesses said the raid which lasted around two hours ended as choppers left the site with the raiding force, but reconnaissance planes were still hovering in the area. They also said that one of the choppers was blown up when it was unable to take off due to a technical glitch.

The jihadist Hayat Tahrir al-Sham (former Nusra Front, which was once part of al Qaeda) is the main rebel group in control of the northwestern Syrian province of Idlib. Former US-led coalition forces have previous launched mostly drone attacks against al Qaeda fugitives who use the unruly province as a base. In October, a U.S. airstrike in northwest Syria killed a senior Al Qaeda leader, Abdul Hamid al-Matar, the second such hit in two months.