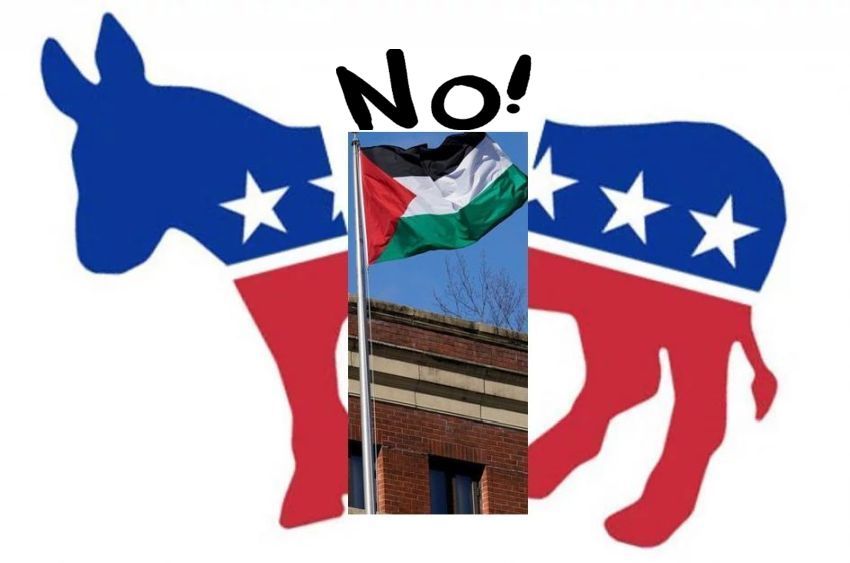 A Palestinian bid to harness their case against President Donald Trump to the US Democrats’ midterm election campaign was spurned, DEBKAfile reports exclusively. “Operation Democratic Party” was launched at secret sessions led by Palestinian Authority chairman Mahmoud Abbas (Abu Mazen) at his Ramallah headquarters with military precision. These sessions took place during recent weeks, before Trump landed his final blow on Friday, Sept. 14, by shutting down the last US $10 million allocation, this one dedicated to an Israeli-Palestinian friendship program. He left in place only the part for promoting relations between Israeli Arabs and Israel Jews.

For Operation Democratic Party, Abbas had assigned Palestinian officials with individually approaching any contacts they had developed with Democratic Party big shots with a proposition to target Trump’s ill-treatment of the Palestinians in their midterm election campaigns. The list was compiled by Husam Zomlot , head of the PLO’s Washington office, Foreign Minister Riad al-Malaki and senior negotiator Saeb Erekat.

Palestinian PR experts were optimistic: American public opinion was sure to rally behind the Palestinians after Trump’s outrageous treatment of the past five months, including the shutdown of the PLO consulate in Washington and the cancellation of the  $450 million allocation to UNWRA. Trump’s envoys Jared Kushner and Jason Greenblatt accused the agency of perpetuating the Palestinian refugee problem and allowing it to blow up ten times more than the original figure on its watch. And, even worse, the two envoys’ recommended setting aside the Palestinian claim for a fully-independent state and offering them semi-independent status in confederation with Jordan instead.
Abbas and his advisers had no doubt that the Democrats would buy these affronts as
fodder for their campaigns against their Republican rivals. DEBKAfile’s sources report that the Palestinian lobbyists went straight to the top, making direct calls to Senate minority leader Jack Schumer, House minority leader Nancy Pelosi, former presidential candidate Bernie Sanders, Democratic senior Senator Elizabeth Warren, as well as other influential party figures, such as President Bill Clinton and associates of Secretary John Kerry. They calculated that, even if the Democratic party per se declined to make their cause a central platform issue, at least one or two high-profile figures would adopt it.
They were in for a rude shock. All the candidates came back with the same negative response. After careful consideration, the Democratic party had concluded that there was no place for the Palestinian cause in their election campaigns because it did not reverberate with the American voter as a noteworthy issue. The party would not fight Trump and the Republican party over the Palestinians, because, they said: “It is not up to us to fight your war.”
Left high and dry by their last resort, the Palestinians threaten to turn to the UN, the International Criminal Court in the Hague or the Europeans, but they also realize they have run out of practical options for making up the US aid shortfall and keeping the wolf from the door in Ramallah.