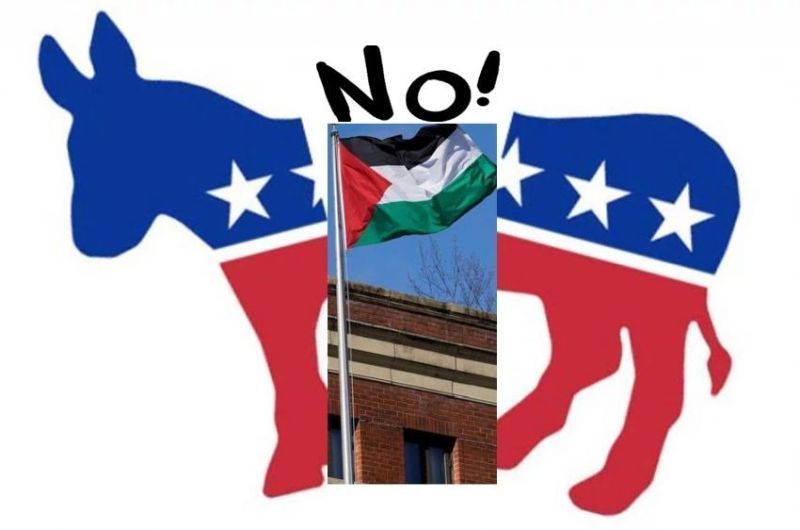 Palestinian leaders had what they thought was a brainwave; they would use US midterm elections to enlist the Democrats to campaign for their cause against President Donald Trump. This is reported exclusively by DEBKA Weekly’s sources in Washington.

In secret sessions led by Palestinian Authority chairman Mahmoud Abbas (Abu Mazen) at his Ramallah headquarters, they launched “Operation Democratic Party” with military precision. He assigned Palestinian officials to lobby individual Democratic party big shots and persuade them to target Trump over his ill-treatment of the Palestinians in his/her campaign in the weeks before the November midterm elections. The names of likely candidates were ticked on a list of high-ranking Democratic Party figures compiled by members of the PLO’s Washington office headed by Ambassador Husam Zomlot and the Palestinian UN mission. Zolmlot, Foreign Minister Riad al-Malaki and senior negotiator Saeb Erekat were given charge of the operation.

The PR experts handling Palestinian issues on the international arena for decades were optimistic. Although attempts to raise world support against Trump’s recognition of Jerusalem as Israel’s capital had flopped, they believed this operation was different. American public opinion would be sure to rally behind the Palestinians this time, after President Trump had taken the outrageous move of shutting the PLO consulate in Washington. The Palestinians had been taking insult after injury at the hands of his administration for five months – notably the cancelation of US aid, including the $450m allocation to UNWRA, after Trump’s envoys Jared Kushner and Jason Greenblatt accused the agency of perpetuating the Palestinian refugee problem and allowing it to blow up ten times more than the original figure on its watch. And, even worse, the two envoys had recommended that Trump’s Deal of the Century dump the notion of a fully-independent Palestinian state in favor of a partially independent entity in confederation with Jordan.

Indignant Palestinian officials were sure that the Democrats would buy these affronts as fodder for their campaigns against Republican rivals. DEBKA Weekly’s sources report that they went straight to the top with direct calls to Senate minority leader Jack Schumer, House minority leader Nancy Pelosi, former presidential candidate Bernie Sanders, Democratic senior Senator Elizabeth Warren, as well as other persons of influence on Capitol Hill and the party, such as President Bill Clinton and members of Secretary John Kerry’s circle. The Palestinian lobbyists figured that, even if the Democratic party per se declined to make their cause a central platform issue, some its high-profile figures would step forward.

They were in for a rude shock. All the candidates came back with the same negative response.

The Democrats explained that, after careful consideration, their party had reached the conclusion that there was no place for the Palestinian case in their election campaigns because it did not reverberate with the American voter as a worthy issue. The party had decided against fighting Trump and the Republican party over the Palestinians, saying, “It is not up to us to fight your war.”

Left high and dry by their virtual last resort, the Palestinians have run out of brilliant ideas for keeping the wolf from their door in Ramallah. Since Trump relocated the US embassy to Jerusalem in May, they have been hard put to find allies in Europe, among Arab governments and in the Muslim world. European leaders are generous with verbal support but less willing to make up for the US shortfall or provide diplomatic succor on the world stage. Arab and Muslim governments face much, much larger and more lethal crises than the same old Palestinian question. Even Abu Mazen’s closest fans say he erred fatally when he turned ordinary Palestinians against the Trump administration. In the latest opinion poll, more than 60pc of Palestinians opposed resuming dialogue with the US after Washington had cut off hundreds of millions of dollars in aid. Abbas has therefore cut off his route for turning back and seeking an opening to Trump at a time when he has no other option.