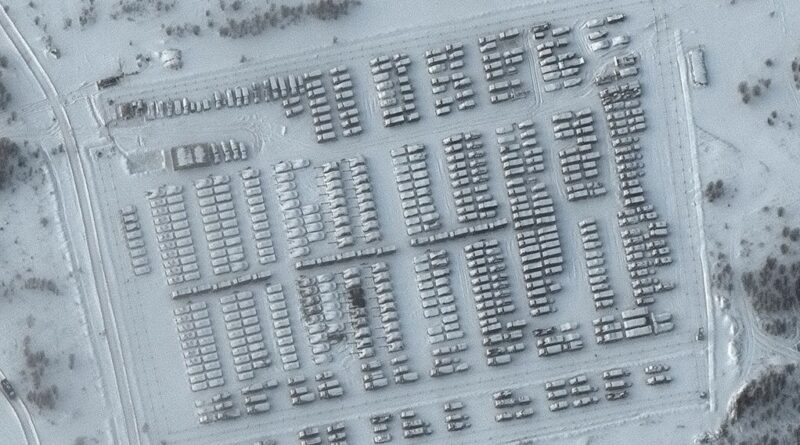 Underlining war fears, the State Department on Saturday, Jan. 22, directed US diplomats’ families to evacuate Ukraine on Monday as Russia augmented its border strength to 175,000 troops. American civilians are to be advised to leave on commercial flights next week.

Stoking war tensions, Western intelligence sources reported sighting the transfer of an Iskander-M brigade from the Russian army’s tactical nuclear facilities to the Ukraine. They are speculating that this weapon is meant to serve as a first strike if Russia goes through with an invasion. This missile, which has a range of 500km, carries 500kg of explosives, but its warhead is also nuclear-capable. If fired in the Ukraine conflict, it would mark the first use ever of a tactical nuclear weapon in conditions of war.

The Russians have moreover equipped the Iskander brigade with extra P78-19 transporter-erector-launchers based on an 8×8 MZKT-79306 truck chassis, effectively quadrupling the brigade’s capacity. By launching their offensive with these missiles, the Russians would hope to save their air force bombers from being hit by Ukrainian air defense batteries.

The Russian army is additionally said poised to launch Kalibr cruise missiles from warships and submarines in the Baltic Sea and the Black Sea. These missiles, whose range is 2,400km, were used by the Russian army in the Syrian conflict.

The evacuation order for US embassy families came hours after the delivery to Kyev of the first shipment of a $200 million US military package. The Baltic nations of Estonia, Latvia and Lithuania promised to send US-made anti-tank and anti-aircraft missiles to Ukraine.

The “frank and substantive” talks held on Friday in Geneva by Secretary of State Antony Blinken and Russian foreign minister Sergei Lavrov failed to achieve a breakthrough for defusing the crisis. They agreed to further dialogue.
The war scenario is, however, still hanging fire so long as a vital element is absent from the Russian Ukraine buildup: medical teams and field hospital have not so far been dispatched to the front line. Their deployment would offer a clear signal that President Vladimir Putin has ordered the Russian army to go forward and invade Ukraine.