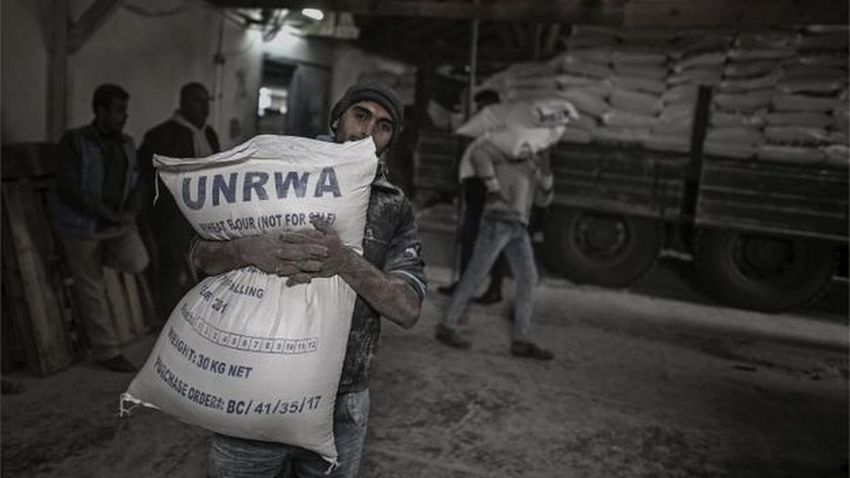 The State Department notice confirming the end of US funding for UNWRA as an “irredeemably flawed” organization was greeted with Palestinian outrage. Spokeswoman Heather Nauert said on Friday, Sept 31 that Washington has long been the UN Relief and Works Agency’s (UNRWA) largest donor. But it is “no longer willing to shoulder the very disproportionate share of the burden.” There would be no additional contributions beyond a $60m dollar payment in January, she said.

The US contribution amounted to $450m a year, Germany’s $175 and Saudi Arabia’s 150m. Germany announced it would top up its donation to cover the shortfall from Washington. The UN organization cares for the education, medical needs and essential foods supplies of some 5 million registered Palestinians refugees, who live in 10 camps in the Gaza Strip, Judea and Samaria, Lebanon and Jordan. Special courses train them in employable skills.

The Palestinian Authority Chairman Mahmoud Abbas furiously accused the Trump administrations ending of its UNWRA contribution of “a grave assault on my people.” Senior PA official Nabil Abu Rudeinah said: “This punishment will not change the fact that the United States has forfeited its role in the region and is not part of any solution.” In his view, Washington acted against UN resolutions. Another PA official said that after “stealing Jerusalem,” the Trump administration is now making off with the Palestinian refugee issue. An UNWRA statement rejected US criticism of the organization “in the strongest terms,” stressing that its schools, medical centers and emergency assistance programs” had won the highest praise from the donor countries.
The Trump administration’s envoys, Jared Kushner and Jason Greenblatt, evaluate the 5-million refugee figure as inflated tenfold. Added to the original estimated 500,000 Arabs who fled their homes during Israel’s 1948 War of Independence, are second, third and fourth generations. Trump’s envoys argue that refugee status is not hereditary under international law.  They have proposed transferring US contributions to UNWRA to the host countries for absorbing the refugees as citizens, instead of leaving the refugee issue sitting on the negotiating table as a perpetual obstacle to peace. More than 730,00 Jordanians are currently registered as “Palestinian refugees.”

DEBKAfile adds: The Trump administration’s additional motivation for the aid cutoff is to punish Abbas for boycotting its “Peace Plan of the Century” and his refusal to play along with Egypt’s effort to broker a long-term truce in the Gaza Strip between Hamas and Israel. Abbas’ obstructiveness stems from his fear that Hamas would establish an independent Palestinian state in the enclave in competition to the PA in Ramallah. Hamas is gravely affected by the loss of UNWRA resources – deservingly so, Washington believes. Most of the “demonstrators” violently assaulting the Gaza-Israel border fence each Friday are registered as Palestinian refugees.They should not expect to benefit from international assistance while serving the ends of a terrorist organization.