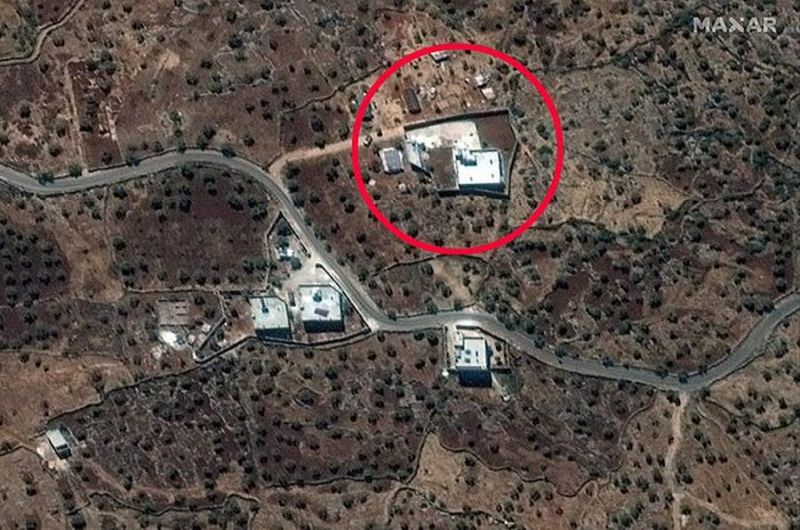 In many senses, the Trump administration’s targeted assassination of Hamza bin Osama bin Mohammed bin Awad bin Laden, Osama’s son and successor as Al Qaeda leader, was a more daring, dangerous and significant operation than the taking down of the Islamic State’s Abu Bakr al-Baghdadi before dawn on Sunday, Oct. 27.

All that the US authorities have revealed about the death of Hamza bin Laden was that he was killed on an unknown date in a US counterterrorism operation in the Afghanistan/Pakistan region. Nothing more. His death was not confirmed by Al Qaeda.

When he died, Hamza’s imprint on the movement founded by his father was gaining strength and his jihadist following spreading across numerous countries including Yemen, Syria, Iraq and Afghanistan. Whereas Hamza was on his way up, Baghdadi was his way out. He was on the run with a $25m bounty on his head, and loosening control over the clandestine ISIS cells he left behind. The importance of nailing and killing al Baghdadi is to be found in that it was the final undoing of the only Islamist terrorist leader ever bold enough to establish a Muslim caliphate across a broad domain after successfully seizing large swaths of Syria and Iraq. The ideal was greater than the man. A copycat Islamist terrorist leader may yet try and repeat this feat.

Otherwise, the manner of Baghdadi’s demise offers nothing out of the way. Like fugitive terrorist leaders before him, he thought it was clever to seek refuge in enemy territory, in his case, an area controlled by an ally of his arch-foe, America. In 2011, Osama bin Laden was equally sure that no one would go looking for him on turf controlled by Pakistani military intelligence (then allied with Washington). Baghdadi chose a desolate site in a corner of the northern Syria province of Idlib under the eye of the army and intelligence of Turkey, a NATO member. His hideout was just 5km from the Turkish border. He apparently intended to cross over and find safe asylum somewhere in Turkey.

Baghdadi and his retinue of family and followers could not have expected to stay there for long without attracting the notice of the 18 Turkish military posts established there, or the Syrian radical rebel militias run there by the Turkish army and its MIT central intelligence agency. Ankara may have known about him but decided not to share the information with Washington in view of their tense relations. Baghdadi may even have been in negotiation with Turkish officials over his future.

That is only one of the gaps in the meager information released about the entire Baghdadi operation. Even more intriguing is the question of how the terrorist chief and his armed guards were missed – if they were – by Russian intelligence when their Idlib hideout fell within an area closely surveilled around the clock by Russian intelligence as the source of hundreds of Syrian jihadist rebel drone and artillery strikes against the large Russian Khmeimim air base nearby in Latakia.

This mystery is compounded by the oddly-phrased statement coming on the same day as the US operation from the Russian Defense Ministry’s spokesman Maj. Gen. Igor Konashenkov on Oct. 27: He denied any reliable information about “US servicemen conducting an operation for yet another elimination of the former Daesh leader Abu Bakr al-Baghdadi in the Turkish-controlled part of the Idlib de-escalation zone.”

Moscow, which announced in June 2016 that Russian special forces had killed Baghdadi (and was proved wrong) was now casting doubt on the credibility of the American special forces’ operation.

This propaganda line followed the Russian ministry’s release of satellite images, which, according to the voiceover, showed convoys of ISIS oil smugglers escorted out of the Syrian oil region by US forces. The undated images were released after President Donald Trump partly backtracked on his decision to pull US troops out of northern Syria, saying on Oct. 23: “We’ve secured the oil and, therefore, a small number of U.S. troops will remain in the area where they have the oil,” he said. “And we’re going to be protecting it, and we’ll be deciding what we’re going to do with it in the future.” US Secretary of Defense Mark Esper then confirmed that U.S. troops, supported by armored vehicles, would be deployed the oil fields to stop them falling into the hands of ISIS militants.

On Oct. 26, Russia’s Defense Ministry called the US decision to send armored vehicles and combat troops into eastern Syria to protect oil fields, “banditry.” (See a separate article on the situation of those oil fields.) The cold war on counterterrorism is verbally still alive.

The sparse information available on the Baghdadi killing indicates that he did not expect to stay long at the Idlib site. The measures for his protection were sketchy and, from the way he reacted to danger, he was unfamiliar with how they worked. When US troops were closing in him, the ISIS leader tried to flee through a dead-end tunnel, although other tunnels would have afforded him escape to the surrounding fields and hills. He was either too panic-stricken to think straight, or else misled, deliberately or not, into entering the wrong tunnel.DEBKA Weekly’s counterterrorism sources don’t see the secret ISIS cells still underground in the Middle East and other parts of the world focusing on avenging their leader. Al Qaeda did not avenge the deaths of Abu Musab al Zarqawi, the Iraqi Al Qaeda leader whom the Americans killed in 2007 or even Osama Bin Laden, who was terminated in 2011. Baghdadi, though renowned for his unique “caliphate.” never matched up to either in popularity among his following. His reserved and aloof nature did not fire imaginations in the Muslim world; nor did he pull in masses of eager supporters, although Western media often played up his influence.