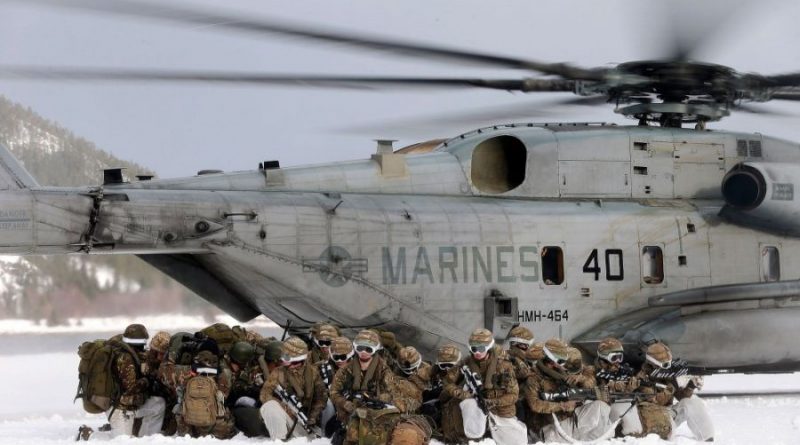 The 3,000 US troops assigned to NATO’s biannual “Cold Response” March exercise in Norway will not take part due to “enhanced American engagement in the Middle East.” The force, mainly Marines, are to be relocated to the troubled region amid tense relations with Iran. The Pentagon notified this change of plan to the Norwegian Armed Forces HQ on Thursday, Jan. 16.

NATO has held the Cold Response drill every other year since 2006 in the southern part of Troms and Finnnmark region some hundreds of kilometers from the Russian border. It is designed for joint multinational operations in an environment of high-intensity battle amid challenging winter conditions. It also has a high focus on the landing of marine forces with landing ships and helicopters to attack enemy positions.

The conditions the US troops will encounter on their Middle East mission are just the reverse, the arid deserts of Iraq and Syria, calling for a Hot Response.

DEBKAfile’s military sources report that US planners, by withdrawing from the NATO exercise scheduled for March, are clearly preparing for a drawn-out engagement with Iran and its allied Iraqi militias, which are bent on extended revenge for the assassinations by the US of leading general Qassem Soleimani and senior Iraqi militia commander Abu Mahdi al-Muhandis. Most of the forthcoming clashes are expected by intelligence sources to be concentrated in Iraq, with local militias staging guerrilla operations against US forces and bases.

The stream of military equipment and weaponry from Iran to Iraq has accelerated in the last few days. Tons of IED roadside bombs are included in the consignments.