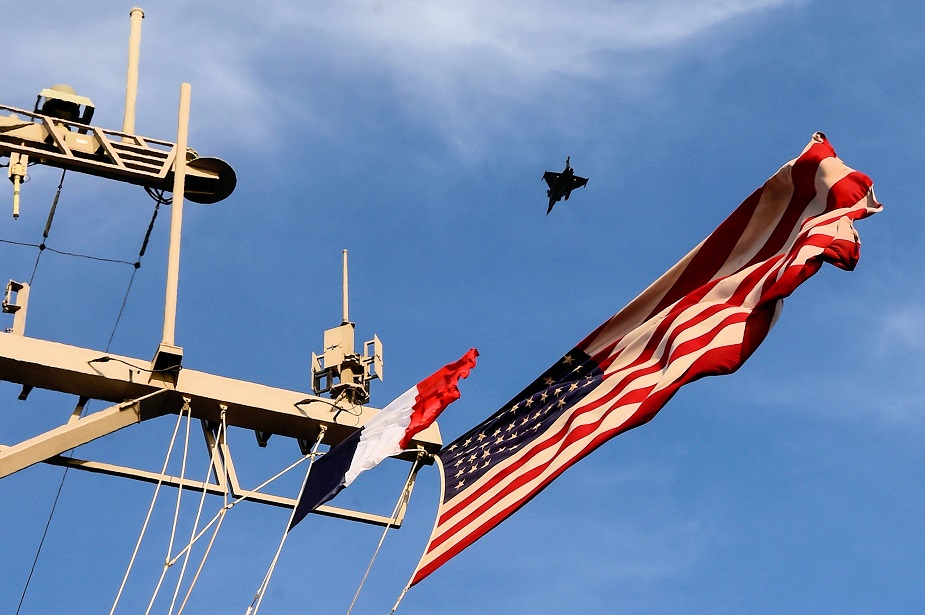 US President Donald Trump’s “major decision” on Syria is contingent on the rallying of sufficient air and naval strength and allied participation. DEBKAfile’s military sources report that the only US warship immediately available for the promised US military response to Bashar Assad’s use of chemical weapons in Douma is the guided missile destroyer USS Donald Cook, which sailed from Larnaca Monday, April 9, on its way to the eastern Mediterranean. The USS Iwo Jima strike group, which visited Haifa last month, is now cruising in the Arabian Sea, days away from the scene, whereas the Harry S. Truman Carrier Strike Group only departs the US port for the Middle East on Wednesday, April 11, and is not due in the Mediterranean before next week.

The Trump administration is negotiating with Britain, France and other allies, including Arab governments, for their roles in the Syrian operation. Our Washington sources report that the commander-in-chief is looking at a major operation in Syria, to unfold over several days and lead to a concerted allied assault on the Iranian military presence embedded in that country. This extended goal may give US allies pause.

Trump’s line to UK Prime Minister Theresa May is this: You owe me for supporting you against Russia in the spy poisoning affair; now, back me up in holding Russia and Iran to account for the chemical attack in Syria. Britain maintains an air base in Cyprus. France’s only aircraft carrier, the FS Charles de Gaulle-R 91, is in dock for lengthy repairs. On April 6, 350 French airmen started a joint training exercise aboard the USS George HW Bush in the West Atlantic. Bringing them over would entail complicated, time-consuming coordination between their two headquarters.
Trump has promised to reach a decision on the Syrian operation by Thursday after consulting his security chiefs and allies. What he has in mind is much more than a one-off strike like the Tomahawk assault he ordered on a Syrian air base a year ago to punish the regime for a chemical attack that left 80 civilians dead. This operation is likely to be sustained and continue well into the second half of April.

The coming DEBKA Weekly issue out on Friday, April 13, will study the various aspects of Donald Trump’s coming Syrian venture and the roles assigned to British, French, Israeli and other allies. It will look ahead to the “grave repercussions” threatened by Moscow and Tehran. To sign on for this exceptionally informative and relevant issue of DEBKA Weekly, click here.