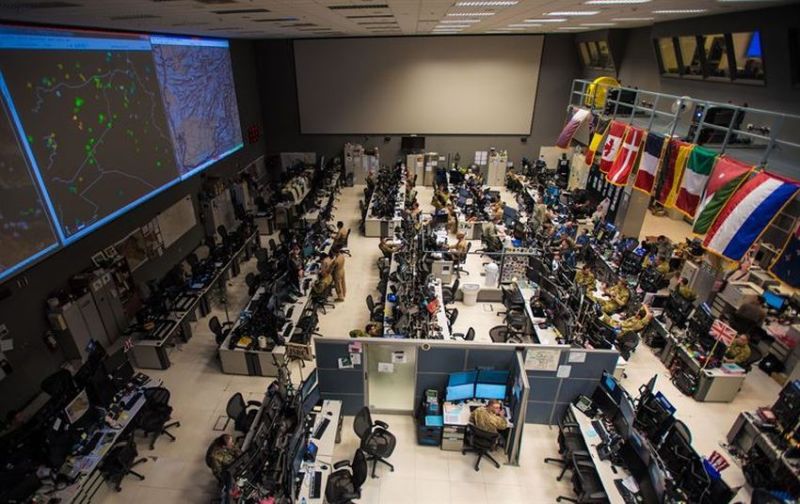 The US command and control center at Al Udeid Air Base was left without a human presence for 24 hours on Sept. 28, for the first time since it was established 13 years ago to guard a broad world region from Northeast Africa through the Middle East to South Asia. The 300 aircraft usually aloft over trouble spots like Syria, Afghanistan and the Person Gulf had disappeared over the horizon and the combined aerospace hall once filled with US and allied officers now held ghostly whispers.

The base in the tiny Gulf state of Qatar, just a couple of hundred miles across the Persian Gulf to Iran, had emptied out to drill a wholesale evacuation in the event of an Iranian missile attack.

“The functions CAOC provides for air power are so critical that we can’t afford to have a single point of failure,” Maj. Gen. Chance Saltzman explained. Since the Iranians shot down a US surveillance drone over the Strait of Hormuz in June and their missiles inflicted a shock attack on Saudi oil facilities, the US commanders have been taking Tehran’s multiple threats to attack US forces with the utmost seriousness.

Although the Al Udeid operation’s move to the Shaw Air Base in South Carolina was temporary, it reflected a major shift in posture, indicating that the Pentagon had not ruled out the center being crippled by an Iranian missile attack across the Gulf.

This shift was also strongly manifested months earlier by a quiet relocation from the Gulf of another symbol of US military might. Last May, the USS Abraham Lincoln Strike Group and its 90-plane strong air wing sailed out of the Gulf into the open waters of the Arabian Sea and the Indian Ocean, to escape Iran’s newly developed Hoveyzeh, one of the Soumar family of cruise missiles.

The Hoveyzeh, which has an estimated range of 2,000 to 3,000 km, can bypass all existing “American and Israeli defense systems and reach any target in the Middle East without being detected.”

The US Central Command now estimates that a US aircraft carrier, until recently the epitome of US global might, has become because of its size highly vulnerable to this deadly weapon and risks being sunk by an Iranian attack, either by a Hoveyzeh missile or a whole range of new weapons.

The new classes of mine and torpedoes and quiet diesel submarines make operations close to Iran’s coastline more dangerous than ever before. Since May, the USS Lincoln group has endeavored to stay out of harm’s way some 200 miles off the coast of Oman. Its F.A-18 strike aircraft have a range of only about 500 miles, which leaves the plane barely able to reach the eastern coast of Iran and back and hundreds of miles short of its potential targets at Iran’s naval bases in the Gulf.

For now, Washington has no answer to Iran’s threat to US forces in the Gulf. Hence the beginning of an epic reshuffle of its assets in the region.

China has drawn its naval lessons from Iran. Its aircraft carriers have no better chance than US vessels of surviving an Iranian attack in the open sea, but this is not on the cards. Beijing is not looking to project its global power. Like Iran, which aims to drive the US out of the Gulf region, China’s goal is to keep the US out of the South China Sea and the waters regarded as vital to its security. Its navy is tailored for this specific mission.