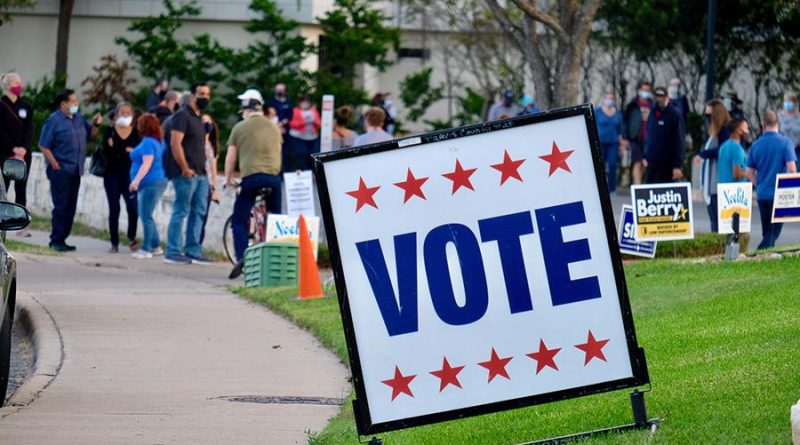 US President Donald Trump and challenger Joe Biden clashed on every issue in their last debate at Nashville, Tennessee Thursday, Oct. 22. But their exchanges were more restrained than in their first encounter. The mute button on their mikes had a calming effect. Covid-19 dominated the 90-minute encounter – Biden did not rule out lockdowns, Trump objected and said it was time to reopen the economy. They also sparred on immigration, health care and racism and traded well-known corruption charges – Biden accused of involvement in his son’s business and Trump of maintaining a bank account in China.

While more the debate was mostly civilized, both got in their digs: When Trump said that people were “learning to live” with the disease (covid-19), Biden pounced. “People are learning to live with it?” he asked. “People are learning to die with it.” Trump got his chance when the moderator, NBC’s Kristen Welker, asked a question: He said, ”We have to make our country totally successful as it was before the plague came in from China…” He then looked at Biden and said. “If he gets in, we will have a depression the likes of which we’ve never seen.”

More than 45 million Americans have already voted, which reduces the impact of the debate on voting trends. Trump faces a battle to disprove the polls that favor his rival, whle Biden must work hard to maintain his apparent lead until voting day on Nov.3.

The US Treasury acted fast meanwhile to impose sanctions on three new Iranian organizations accused of running a disinformation campaign for interference in the 2020 election. The Treasury said in a statement the Bayan Rasaneh Gostar Institute was being sanctioned for being “complicit in foreign interference in the 2020 US presidential election.” The Iranian Islamic Radio and Television Union (IRTVU) and the International Union of Virtual Media (IUVM) were sanctioned because they are allegedly controlled by the already-sanctioned Islamic Revolutionary Guard Corps.

On Wednesday, Oct. 21, Director of National Intelligence John Ratcliffe disclosed at a hastily called news conference both Iran and Russia had procured voter register information for their campaigns to disrupt the November 3 election. FBI Director Chris Wray appeared alongside him. Iran was specifically accused of posing as the far-right Proud Boys to damage President Donald Trump by sending fake intimidating emails to voters. “Foreign actors attempt to communicate false information to registered voters that they hope will cause confusion, sow chaos and undermine your confidence in American democracy,” Ratcliffe warned.

The intelligence officials said that the news conference was arranged quickly because of early voting in the presidential election – some 40 million have already cast absentee or postal votes.”

Just before the news conference began, the top two members of the Senate Select Committee on Intelligence — Sens. Marco Rubio, a Florida Republican, and Mark Warner, a Virginia Democrat issued a joint statement: “As we enter the last weeks before the election, we urge every American — including members of the media — to be cautious about believing or spreading unverified, sensational claims related to votes and voting,” the statement read. “State and local election officials are in regular contact with federal law enforcement and cyber security professionals, and they are all working around the clock to ensure that Election 2020 is safe, secure, and free from outside interference.”

The intelligence officials did not claim that either Russia or Iran had hacked into voter registration systems, since the data they obtained was mostly public, although it may  have been integrated, they said, in other illicitly obtained materials on sale from other sources.

Sen. Angus King of Maine, an independent, said in a statement that the developments showed that American voters are under attack and would be until the Nov. 3 election.

Alireza Miryousefi, spokesman for the Iranian Mission to the UN, turned the allegations around by saying, “Unlike the US, Iran does not interfere in other country’s elections.”

Since the 2016 election, Russia was seen by US intelligence as the primary source of election tampering. But Iran has now been identified as an active adversary. Tehran has taken to using spoof mail to generate chaos and confusion in the democratic process – without fear of military repercussions, the while waiting to see who comes out on top in the coming US election.