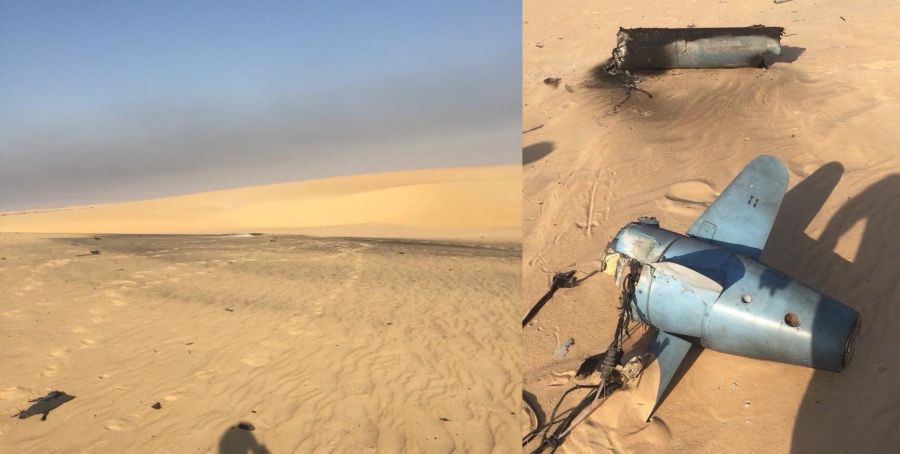 US intelligence experts are studying satellite images and other video evidence to track the source in Iraq of the major attack on key Saudi oil facilities on Saturday, Sept. 14. Their first discovery was that cruise missiles rather than drones struck the Saudi oil refineries at Abqaiq, the largest in the world, and its second largest oil field at Khurais – both in the kingdom’s Eastern Provinces. They have also confirmed that the missiles were launched from a pro-Iranian Iraqi Shiite militia base, despite Baghdad’s denials.

DEBKAfile’s military and intelligence sources report that the investigation is also using video coverage by local Saudis showing multiple cruise missiles coming from the north and heading across the border towards the targeted locations in eastern Saudi Arabia. On one, a missile was clearly shown flying over the main border crossing at Hafar al-Batin and shot down by a Saudi air defense missile, although Saudi officials, in reporting the attack – large and disruptive enough to reduce the kingdom’s oil production by five million barrels a day, nearly half its output – have said nothing about intercepting any offensive projectiles. The two images carried at the top of this item show the wreckage of Iranian cruise missiles shot down near the Abqaiq processing plant.

The attack represented a major spike in Iranian aggression against Saudi Arabia. Its import is shattering enough strategically to challenge Washington and Riyadh for a response in kind, namely a strike at Iran’s oil processing plants. The US and Saudi Arabia both possess the military resources for a comparable reprisal against Iran and will find it hard to evade this challenge.
Republican Senator Lindsey Graham, a valued adviser to President Donald Trump, Sunday urged the White House  to consider hitting Iran back for its devastating attacks on Saudi Arabia’s oil industry. “Hitting Iran’s own refineries would break the regime’s back,” he said and warned that Iran would not stop its “provocations” until it was forced to face the consequences.

According to our sources, the Trump administration can hold back for no more than a few days to release the results of its investigations into the attack on Saudi oil infrastructure. Washington will face heavy pressure to go public with those findings – not least, because the Iranian attack was likely just the first of a new wave of aggression against Gulf oil targets and other US allies, including Israel.
With this in mind, Maj. Gen. Aharon Haliva, OC Operations Directorate, commented on Sunday: “We are facing a complex reality of the kind we have not known for many years. The next confrontation may erupt any day.”