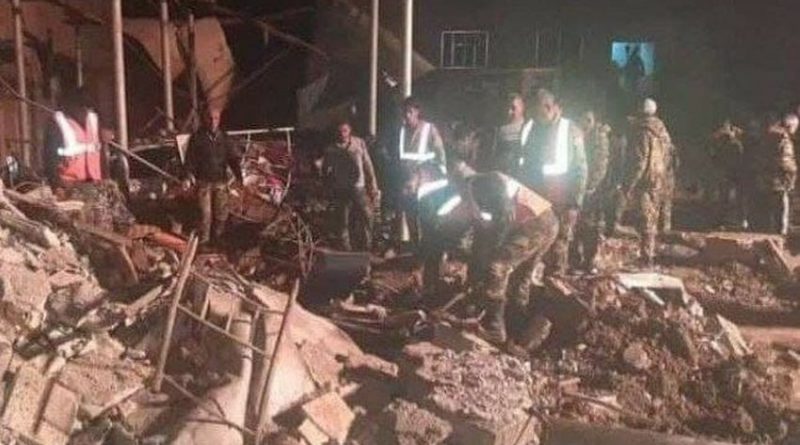 A senior US intelligence official reports that the air strikes aimed at a major Iranian military presence in eastern Syria on Tuesday night, Jan. 12, were conducted with intelligence provided by the US. He told AP that they targeted a series of warehouses used as part of the pipeline “to store and stage Iranian weapons.” He also described the warehouse in the area as a “pipeline for components that support Iran’s nuclear program.”

It was not clear whether he meant that those particular targets were hit in the raids attributed to Israel over the province of Deir Ez-Zour and Abu Kamal (see photo) near the Iraqi border on Tuesday night.

The US official, who requested anonymity, said US Secretary of State Mike Pompeo had discussed the airstrikes with Mossad chief Yossi Cohen while the latter was visiting Washington, DC, earlier this week.

Israel was said to have significantly stepped up its assaults on sites associated with Iran’s Revolutionary Guard Corps, Lebanon’s Hizballah and other Iran-backed Shiite militias. Syrian opposition sources reported that at least 15 Iranian-linked facilities were targeted on Tuesday during the fourth reported attack by Israel against Iranian targets in Syria in the past two weeks. Those sources claimed that 5 Syrian soldiers and 11 pro-Iranian militia members were killed in the massive operation, although Damascus did not refer to casualties.

The area serves Iran as an important corridor for moving weapons and personnel through Iraq across to its forces and proxies in Syria and Lebanon.

The operation came shortly after Defense Minister Benny Gantz visited the Golan on the Syrian border and said Israel would continue to take action against its enemies “near and far,” adding: “We aren’t sitting around and waiting. We’re active defensively, politically, and economically,” he said.