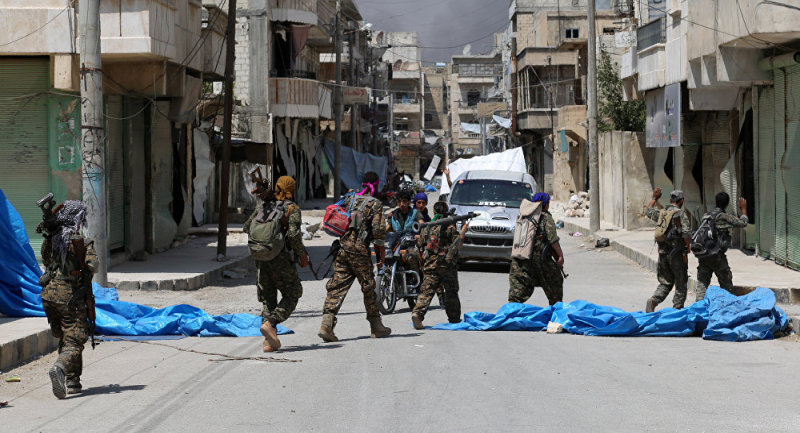 Washington will not be leaving a void after US troops quit Syria. Acting Defense Secretary Patrick Shanahan has just approved a plan hastily-drafted by CENTCOM for replacing the troops being phased out with an American intelligence infrastructure.

DEBKA Weekly’s military and intelligence sources report that the US Special Operations Command (USSOCOM) has been given the task of organizing close surveillance on Russian, Iranian, Turkish, Syrian, Hizballah and Israeli military movements in Syria and also keeping an eye on the Syrian and pro-Iranian Shiite militias on the ground.

For the time being, USSOCOM has established its North Syrian command center at Manbij and a second center for East Syria at Al-Tanf on the Syrian-Jordanian-Iraqi border.

The suicide bombing attack in Manbij on Wednesday, Jan. 16, which killed more than 20 civilians and 4 Americans, appears to have been a direct result of the Pentagon’s plan. A suicide bomber in civilian clothing approached the US force as it passed through the Manbij high street and blew himself up, killing two US service members, a Defense Department civilian and a DoD contractor.

The attack was interpreted widely as a warning against the US setting up those two intelligence bases in Syria. ISIS was initially held responsible for the explosion, although a cell “acting in concert with Turkish intelligence” was later blamed by the Kurdish-led town council. But there is no knowing for sure who really orchestrated the attack. Damascus may equally have intended to warn Washington that the new US intelligence bases would not have the same ability to deter terrorists as the departing military units. All the other countries present in Syria are intensely uncomfortable with the incoming American intelligence assets.

The 300th Brigade. Based at Draper, Utah, specializes in providing linguistic support to the US army around the world. A US Army formation subordinate to US Army Intelligence and Security Command, the 300th boasts some 1,400 members, 90 percent of whom are trained Army linguists. Their proficiency covers a total of 19 languages, most heavily oriented on Arabic, Farsi and Korean. They are organized as five-person teams, trained in HUMINT, counterintelligence and SIGINT skills.

The two brigades will safeguard the private military contractors hired by the Pentagon, as well the Kurdish YPG militia and any other groups cooperating with the US Army. According to our sources, this new plan for Syria was brought to the notice of the French High Command after Paris asked where the French special forces contingent in N. Syria – including those posed in Manbij – stood after the US withdrawal. It was left to President Emmanuel Macron to decide.