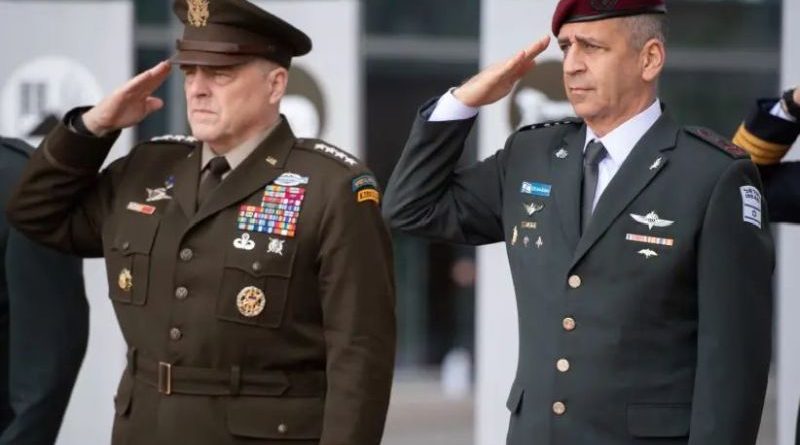 “My judgment is that it is very possible they [the Iranians] will attack again. It is the trajectory and direction that they’re on.” This was the considered opinion of Gen. Kenneth McKenzie, commander of US forces in the Middle East, as expressed in two recent interviews – the second on Saturday, Nov. 23. As he spoke, the US military Gulf deployment conducted a major turnaround: The USS Abraham Lincoln aircraft carrier and its Strike Force moved back from the north Arabian Sea into the Gulf through the Strait of Hormuz for the first time since June and took up position opposite Central Iran.

McKenzie went on to say: “The attack on the oilfields in Saudi was stunning in the depth of its audacity” and “may go forward.” He maintained that Iran “was trying to crack the US sanctions campaign with attacks to provoke an American military response.”

That Iran’s supreme leader Ayatollah Ali Khamenei had come to a decision after pondering his options was first revealed by DEBKA Weekly 871 on Nov. 22. He needed to decide whether to use the “success” of Iran and its partners in suppressing protest outbreaks as leverage for opening negotiations with the US from a position of strength; or step up aggression on US and allied interests in the Middle East.

His decision to go on the offensive, confirming Gen. McKenzie’s forecast, found belligerent expression in the threats issued on Monday, Nov. 25, by the pugnacious Iranian Revolutionary Guards Corps (IRGC) head, Gen. Hossein Salami: “We have shown restraint… we have shown patience towards the hostile moves of America, the Zionist region and Saudi Arabia against the Islamic Republic Iran,” he shouted. “If you cross our red lines, we will destroy you. If Iran decides to respond, the enemy will not have security anywhere. Our patience has a limit.”

The events boiling up now may be traced back six months to June 20, when the IRGC shot down a US RQ-44 Global Hawk BAMS-D surveillance drone with a surface-to-air missile over the Strait of Hormuz. This incident revealed to the startled US command that Iran had hacked into American radar and cyber warfare systems, stripping their naval and air forces in the Gulf of defenses against attack. It was decided to move the Lincoln and its strike force out of range. The Trump administration could just, only just, get away without hitting back for the downing of a drone, but not if Iran blew up an aircraft carrier.

But worst was to come. The realization that US radar and defenses were wide open was driven home on Sept. 14 when Iranian cruise missiles and drones exploded on Saudi oil fields without warning. Surprise was therefore evinced in Washington when the administration ordered the US naval and air strike force to return to the Gulf, before the US military had solved the riddle of how the Iranians twice overrode American radar and cyber systems.

Gen. McKenzie addressed this question when he commented this week, “…the Pentagon continues to study the data from the September attack on Saudi Aramco facilities. Once it understands where the gap in defenses was, the US will start working to fix it.”

But the Trump administration decided not to wait for the gap to be fixed. After taking a hard look at the unrest bubbling over in Iran, Iraq, Syria and Lebanon – and Tehran’s decision to make trouble – Washington realized that America would have to fight back if Iran launched another offensive against US, Israeli or Saudi targets. Any further restraint would incur untold damage to America’s security interests in the Middle East and other parts of the world. The Lincoln and its air and naval might were accordingly ordered to return to the Gulf and loom over the Iranian coastline as a warning that Iran would face full-dress punishment for any further acts of aggression.

To underline this message, Gen. Mark Milley, Chairman of the Joint US Chiefs of Staff, and Chief of Staff Lt. Gen. Aviv Kochavi, after talks in Tel Aviv, issued a joint statement: “The two generals discussed operational questions and regional developments.” Iran was clearly the subject of their “operational” talks – more specifically, they were understood to have settled on the Israeli air force’s participation in operations against Iran and the availability of its air bases for the American air force.

The Milley-Kochavi talks were prepared in recent visits to Israel by Gen. David Goldfien, head of the US Air Force, Gen. Jeffrey Harrigan, head of US Air Forces in Europe-Air Forces Africa, and also Gen. McKenzie.

The IRGC chief’s threatening tirade was a vocal regime rejoinder for the newly proactive US posture. Iran also struck back in Yemen. On Saturday, Nov. 23, Yemen’s Houthi insurgents launched an attack on Saudi-led forces in the western Mocha District. Dubbed Operation “If You Go Back,” it sent 9 ballistic missiles and 20 drones speeding towards their targets. More than 350 soldiers were killed and wounded, many of them Saudi, Emirati and Sudanese nationals. This attack marked another tactic by Iranian strategists for keeping US allies’ hands full on distant fronts and at bay from direct engagement with Iran.