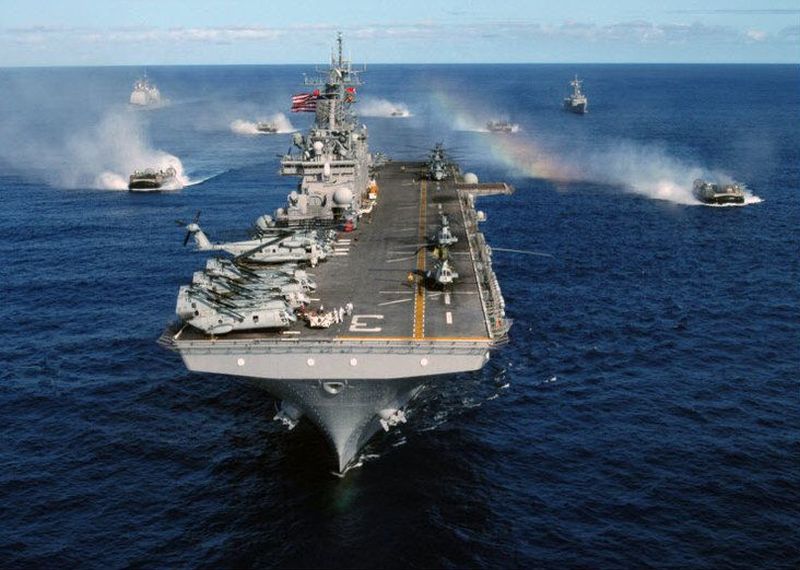 While Washington and Iran engage in low-key talks on the diplomatic level, US CENTCOM in the Gulf and Iran’s Revolutionary Guards Corps (IRGC) headquarters are keeping their lines open for reciprocal briefings and prior alerts so as to distance the chances of a possible clash of arms

These military channels are not open for the first time; they have hummed before at different times since 2014, when US commanders set up communications with IRGC officers posted to Bagdad to ward off the common enemy: The Islamic State, which was then at the gates of the Iraqi capital.

DEBKA Weekly’s military sources can disclose that, in Syria, American officers maintained contact with their opposite numbers in the Al Qods Brigades headed by Maj. Gen. Qassem Soliemani. Then too ISIS was the common enemy. Today, irrespective of the diplomatic track ongoing between their governments, the two army commands are solely concerned with avoiding an outbreak of hostilities between them in the Gulf, the Red Sea or anywhere in Middle East at large. These exchanges are intense and detailed. Each side gives the other due warning of prospective military movements and their objectives with a view to preventing misunderstandings.

A striking example presented here by our military sources is the arrival of the USS Abraham Lincoln Carrier Strike Group in the Arabian Sea this week for joint drills with the USS Kearsarge Amphibious Ready Group and the 22nds Marine Expeditionary Unit. They are to rendezvous in the northern Arabian Sea east of Oman, about 1,000km from the Iranian coast

The Pentagon and CENTCOM chiefs calculated that Tehran would interpret the joint exercise as aggressive preparations for a US offensive against an Iranian coastal target. A signal accordingly went out to the IRGC command HQ to clarify that the Kearsage was not heading for an imminent American attack.

DEBKA Weekly’s military sources note that Iran is shown in these exchanges to be exercising extreme caution in its military movements. Iranian reconnaissance and fighter planes have cut their patrol missions in the Gulf region to the bone; all their warships, missile vessels and submarines are confined to base – albeit on high alert. The Iranian war fleet stays clear of the open sea and has stopped conducting missile targeting exercises. Activity is at a standstill at all the Iranian naval bases scattered around offshore islands: Qeshm, an island in the Strait of Hormuz, Abu Musa at the strait’s entrance; Larak Island off Iran’s Gulf coast; Sirri Island, 76 km from Bandar-e Lengeh; and the tiny, barren Farsi Island in the Persian Gulf where the IRGC navy maintains a base.