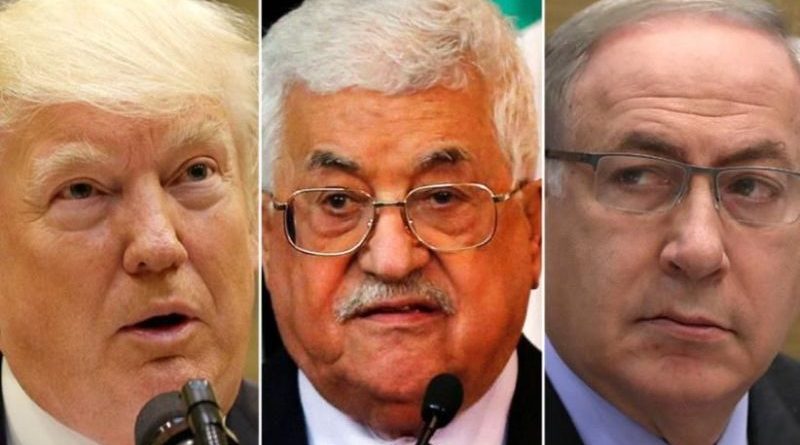 In the weeks since President Donald Trump launched his “Deal of the Century,” as a cure-all for the intractable Israel-Palestinian conflict, the project began running out of steam. The White House felt let down when Binyamin Netanyahu took it literally as carte blanche for instant annexations, while Israel’s Prime Minister felt let down by the go-slow directives coming from the administration.

It turned out that the president’s Middle East team, chiefly Trump’s senior adviser Jared Kushner, conceived the peace plan as a comprehensive framework for the US and key Arab rulers, including the Palestinians, to enter into exhaustive discussions on its execution. The president had hoped that, after his White House presentation, some or all friendly Arab rulers would come forward with support, led by Saudi Crown Prince Mohammed bin Salman, the UAE’s Prince Sheikh Mohammed bin Zayad, Morocco’s King Mohammed VI. They had voiced approval of the plan in prior secret talks with the Americans. A measure of Arab endorsement would have enabled Trump to exhibit to his home audience a significant breakthrough towards resolving the Israel-Palestinian conflict.

However, not a single Arab ruler delivered.

Netanyahu had, meanwhile, seized on the plan’s provision for applying Israel sovereignty to West Bank settlements in the immediate term, to anchor his campaign for re-election on March 2. Before he could put this tactic into practice, Washington stepped hard on the brakes to stop him. At first, he hoped to get away with the limited annexation of the Jordan Valley and the northern shore of the Dead Sea. Washington objected and so the prime minister proposed making do with the small town of Maale Adummim 7 km east of Jerusalem. When that plan also drew administration frowns, Netanyahu was left to contemplate a token sovereignty gesture for a small community or group of communities.

The disappointed prime minister felt the White House had given him a gift with one hand, only to snatch it back with the other. He was left casting about for a replacement stratagem for lifting his campaign in the four weeks remaining to voting day.

The restraints clamped on Israel did not affect the Arab world’s take on the Trump plan one way or the other. The Palestinians set the tone.

In a surprise visit to Ramallah on Jan. 29, just 24 hours after the Trump peace plan’s presentation, CIA Director Gina Haspel tried to sugar-coat the sovereignty provision. She assured the Palestinian Authority heads whom she met that Israel sovereignty over Jewish West Bank locations and the Jordan Valley would only be applied several years in the future, by which time, land swaps would have compensated the Palestinians with land in central and southern Israel, populated with half a million Israel Araba citizens, that would be equal in area to the land lost to Israel’s annexations.

Far from being won over to the Trump plan, the Palestinians used it to recover lost influence in high Arab quarters. The strategy underlying the Trump plan had been to further weaken the rejectionist Palestinian leader Mahmoud Abbas (Abu Mazen) and deepen his long isolation in the Arab world. Instead, Abu Mazen seized it as a ladder for a comeback.

The Arab regimes were evidently worried by his threat to brand them as traitors to the Palestinian cause if they failed to line up behind his “thousand noes” to Trump’s “Deal of the Century.” This was evident when the Arab League foreign ministers, called by the Palestinian leader into emergency session in Cairo on Saturday Feb. 1, did not just discuss the Trump plan, but killed it.

The session took place after Kushner had been in close touch with Arab leaders and obtained their promise that the ministers would not explicitly reject the US president’s peace plane. It turned out that the relevant instructions had not been handed down to the foreign ministers by their superiors. They took this as meaning that there was no change in the standard pan-Arab stance on the Palestinian issue and unanimously approved the Arab League’s rejection of the Trump plan.

Bursting with self-congratulation, Abu Mazen paid a televised visit to the headquarters of the Palestinian General Intelligence Service on Monday, Feb. 2. He praised the officers for “their international efforts and contributions to stability and security.” He stressed that, so long as “America and Israel stick to their notorious plan,” he had decided to sever all contacts with them starting with security cooperation. As for the “so-called US peace plan,” Abbas declared that it was “the first time in history that Jerusalem was sold off as a gift.” Even the Crusaders, he said had not dared to divide al Aqsa mosque. “We shall not accept this deal no matter what the consequences are,” said the Palestinian leader. “We have won the political battle in the Arab League and will continue at all forums, including the UN Security Council.

At the same time, DEBKA Weekly’s sources report that the Palestinian Authority has not actually gone so far as to sever security coordination with Israel or contacts with Washington. A senior PA official said that these moves would be taken should Israel go through with legislation for annexing West Bank settlements and the Jordan valley. Until then, he said, the PA under all circumstances would continue to fight terrorism and maintain law and order in all areas under its control. At the same time, he said, the PA is acting to restructure its security services in a way that enables to them to halt coordination with Israel if ordered to do so. Abu Mazen’s decision to release the Palestinian street for “popular resistance” against Israel in protest against the Trump initiative has brought hundreds of youths out on the West Bank. So far, the bands are relatively small, but they have upgraded their attacks from rocks to petrol bombs and gunfire.