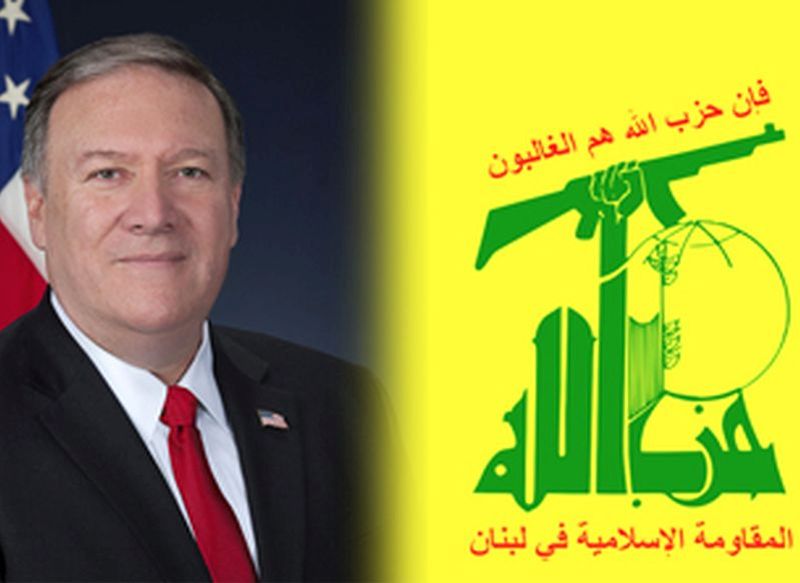 US Secretary of State Mike Pompeo warned Lebanon on Wednesday, Sept. 4, that Israel knows about a second, larger Iranian-Hizballah missile factory and is preparing to bomb it, as DEBKAfile revealed exclusively on Thursday.

DEBKA Weekly’ssources add that thisultimatum was a piece of a larger US-Israeli scheme for remaking the political system in Beirut with a much smaller Iranian footprint.

Pompeo addressed his urgent message directly to Lebanese Foreign Minister Jubran Basil, who is close to Hizballah’s Hassan Nasrallah, instead of through regular embassy channels. It was sent the day after the IDF showed reporters detailed evidence of the existence of a factory at Nebi Shait for arming Hizballah’s surface missiles with precision kits.

The Secretary wrote that Israel intelligence is fully apprised of another, more substantial factory under construction in Lebanon, where Iran and Hizballah were setting up their main missile upgrade project. Both had hoped to use the Nebi Shait plant as window dressing to throw Israel off the scent.

Pompeo directed Lebanon to dismantle this second factory without delay since the IDF was in advanced preparation for its destruction. He stressed that Israel would be acting with full American support, whatever the consequences of the operation.

The American message did not specify the location of Missile Factory No. 2.

In support of the US ultimatum to Beirut, Israel on Wednesday night boosted its air defense array on the Lebanese and Syria borders with extra Patriot missiles. They were deployed in case Hizballah retaliated for the potential destruction of its main missile project by launching explosive drones into Israel.

Prime Minister Binyamin Netanyahu’s surprise trip to London – this time in his additional capacity as defense minister – fits in with these preparations and the joint project. He saw UK Prime Minister Boris Johnson, and also met separately with the US Secretary of Defense, Mark Esper. The Israeli Air Force commander Maj. Gen. Amikam Nurkin and head of the IDF Operations Directorate Maj. Gen. Aharon Havillah, who accompanied the PM, presented Israel’s plans of action in Lebanon in the days ahead.

Behind this flurry of diplomacy, a US-Israeli plan is driving forward to attain two more fundamental objectives:

1. To dilute the military links between Hizballah and Iran, a goal that looked like a non-starter just a few weeks ago. It begins to look realistic now that Putin has finally directed Russian forces to push Iranian, Hizballah and other allied Shiite units back to beyond an 80-km strip from the Syria-Israel border. (See a separate article on the prospects of a US-Russian Israeli get-together).

2. To isolate Hizballah and cut the Shiite militia down from the most powerful entity in Lebanese politics to a fringe faction.

To achieve this, the Trump administration is waving three swords over the heads of Lebanon’s government leaders. The first is sanctions against Lebanon’s banking system, the main pillar of its national economy, whose collapse would be totally devastating. This has begun with shock effect on Beirut’s banking sector: On Sept 4, the Shiite Jamal Trust Bank was forced to admit it would have to be sold or liquidated because it could no longer transfer money.

The second sword came down as a repeated threat to suspend deliveries of US weapons and financial assistance for the Lebanese army, without which the Beirut government cannot cover the payroll for army personnel.

The third sword came from Israel’s military threat backed by Washington, which aims to force Hizballah to dismantle its project for transforming its regular rockets into high-precision missiles and scrap the other advanced weaponry received from Iran. The Americans and Israelis hope to achieve these goals without sparking a full-scale war between Israel and Hizballah. This may not be possible.