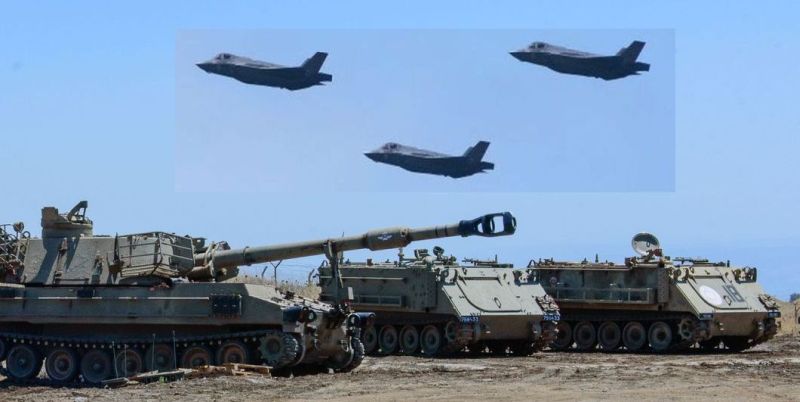 “We must switch from preventive to offensive action as the only way to drive Iranian aggression out of Syria,” said Israel’s new defense minister Naftali Bennett on Sunday, Dec. 8. “We say to them (Iranians), Syria will become your Vietnam. You will bleed until you remove your forces from Syria,” he said.

This rush of exuberance came the day after the fourth assault in a week on the military complex set up by the Iranian Revolutionary Guards’ Al Qods Brigades and their tame Iraqi Shiite militias in the Abu Kamal region of the Syrian-Iraqi border. Israeli F-35 stealth bombers systematically flattened the main buildings of this complex with a view to obliterating it as a center of operations. The aircraft flew over Jordan, the American Al Tanf base and north along the Syrian-Iraqi border to reach their target to the northeast.

This operation broke new ground in that it was the first time that a US-made stealth aircraft had been used to destroy the military infrastructure of another country, i.e., Iran. For Israel, it was a unique opportunity to strike Iranian targets directly and so practice bombing IRGC targets.

This concerted assault was launched at a time of crippling Iranian setbacks in Iraq, due to the fall of the pro-Tehran prime minister Adel Abdul Mahdi in Baghdad and the swelling popular Iraqi Shiite resistance verging on civil war to Iran’s domination of their country. Al Qods chief Gen. Qassem Soleimani, who initially took charge of cracking down on the angry outbreaks in Iraq, no longer dares show his face in Baghdad or anywhere in the country. The US and Israel sensed that they had a free hand to conclusively crush the military/logistic complex Soleimani had set up near Abu Kamal so long as the IRGC and its Iraqi Shiite proxies had their backs to the wall in neighboring Iraq.

This operation was rated highly enough in Washington for the USS Harry Truman air carrier strike group to be deployed this week to the eastern Mediterranean opposite the Syria coast. This mighty flotilla, consisting of a missile cruiser, several destroyers and a Tomahawk cruise missile nuclear submarine from the US Sixth Fleet, was placed in position as back-up for the US and Israeli air strikes in eastern Syria.

The Iranians were not idle. This week, too, an IRGC party visited Druze Mount in southern Syria to explore the chances of setting up two small air bases for drones to gather intelligence and strike targets in Israel and Jordan. At an urgent request from Jordan’s King Abdullah, the US Central Command sent swift reinforcements to its Al Tanf Base, which is situated athwart the Jordanian, Syrian and Iraqi borders.

Otherwise, aside from isolated rocket attacks on some US bases in Iraq by Iraqi Shiite militias, Tehran has not so far reacted directly to the new front the US and Israel have opened up against its armed presence in Syria. In the meantime, DEBKA Weekly’s intelligence sources report that Iran’s leaders have reached two decisions:

1. To rebuild and develop the Abu Kamal complex, dubbed the Imam Ali Compound, in the face of its systematic destruction.

2. To allocate several million dollars for winning the cooperation of the chiefs of the native Sunni Arab tribes which roam the Western Iraqi provinces of Anbar and virtually control the Iraqi-Syrian border region. Iranian agents have offered them monthly allowances and arms in return for their cooperation.

Tehran hopes to win these indigenous tribes around to acting in Iran’s interests in this flashpoint region, so that if the Americans and Israelis manage to burn the Imam Ali Compound down to the ground, local tribal smuggling routes will be available as an alternative. Aware of this ploy, Washington assigned CIA agents operating in Iraq to call on those same tribal chiefs and top Tehran’s proposition. Their choice of paymaster has yet to be disclosed.