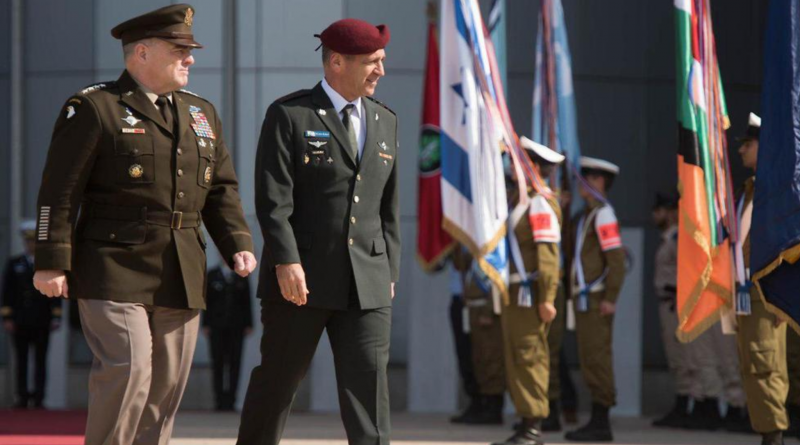 US Gen. Mark Milley paid an unannounced visit to Israel on Friday, July 24, for security talks with Israel’s military chiefs and PM Binyamin Netanyahu. His plane landed at the Israel Air Force’s southern Nevatim base, shortly after a US fighter jet nearly collided with an Iranian airliner over Syria. Hizballah had meanwhile vowed to retaliate for the death of a fighter in alleged Israeli air strikes last week near Damascus. Israel responded on Thursday by sending infantry reinforcements to its northern borders. Then, on Friday night, after Syrian air defense fire dropped shrapnel on the Golan, IDF helicopters struck Syrian observation posts near Quneitra.

These incidents jampacked in the space of 48 hours sharpened the tensions with Iran and its allies, that were already climbing after a dozen serious explosions and fires from late June gravely damaged some of Iran’s nuclear, military, missile and infrastructure facilities. Since their cause is still a mystery, Tehran fears there are more to come.
Israel, meanwhile, under its new coalition government, continues to regularly batter Iran’s military presence in Syria, whether Iranian or proxy, regardless of the besetting coronavirus pandemic.

DEBKAfile has reported that US forces take a hand in this campaign, singling out the ingress of Iran-backed militias and their weapons from Iraq into eastern Syria.

When Gen. Mark Milley, Chairman of the US Chiefs of Staff, sat down on Friday with his hosts, he and Defense Minister Benny Gantz, IDF Chief of Staff Lt. Gen. Aviv Kochavi, and Mossad Director Yossi Cohen, they were all primed for intensive exchanges on the security threats unfolding in the region and the respective roles undertaken by the two militaries. They were all careful to observe distancing guidelines and wear masks. Gen. Milley and PM Binyamin Netanyahu discussed Iran and the latest security challenges in the region by Zoom.

The US defense attachė in Jerusalem and the Israeli defense attachė in Washington, as well as the IDF’s Foreign Relations head, attended a panel chaired by Gen. Kochavi for a thorough-going intelligence and strategic overview of the threats and IDF responses. They were presented by IDF’s Military Intelligence Directorate, Maj. Gen. Tamir Hayman and the head of the Strategy and Third-Circle Directorate, Maj. Gen. Tal Kalman.

Defense Minister Gantz lauded the profound cooperation between the two armies and the continuing US pressure on Iran and its proxies. He stressed that the Israeli military “is prepared and ready for any scenario and any threat, and I do not advise our enemies to test us. We have no interest in escalation, but we will do all that is necessary to protect Israeli citizens.”