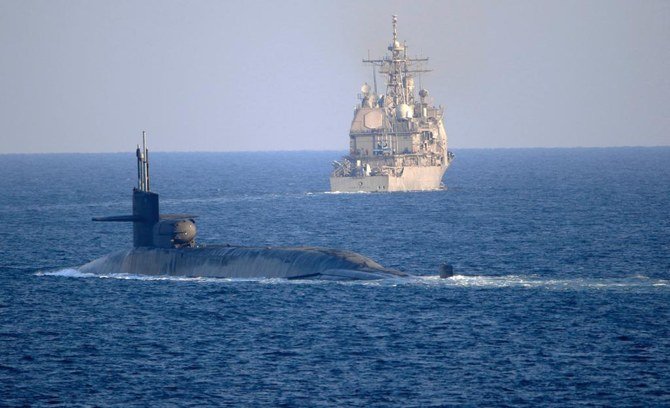 In a coordinated warning to Iran, the USS Georgia cruise missile submarine crossed the Strait of Hormuz on Monday, Dec. 21, joining the Israeli submarine reported to have reached the Gulf after crossing through the Suez Canal.

The Georgia’s arrival was announced by the US Navy, along with detailed pictures of the submarine, which can carry 154 Tomahawk cruise missiles and 66 special forces soldiers, and is escorted by the cruisers USS Port Royal and USS Philippine Sea. This force “demonstrates the United States’ commitment to regional partners and maritime security with a full spectrum of capabilities to remain ready to defend against any threat at any time,” the Navy warned.

On Sunday, Gen. Kenneth McKenzie, the head of US Central Command (Centcom), said Washington is “prepared to react” if Iran carries out an attack to mark one year since the killing of Iranian commander Gen. Qassem Soleimani by a US drone attack Baghdad airport on Jan. 3, 2020.

While the IDF declined to confirm the Israeli submarine’s voyage, reported by national radio from “Arab sources,” IDF Chief of Staff Lt. Gen. Aviv Kohavi’s warning to Iran on Monday reinforced the US message. Responding to Tehran’s vow of revenge for the killing blamed on Israel of Iran’s top nuclear scientist Mohsen Fakhrizadeh three weeks ago, Gen. Kohavi said the Jewish State would hit back for any Iranian attack. During the IDF’s Operational Achievement Awards ceremony, the general said: “If Iran and its partners, members of the radical axis, either directly or by proxy, takes action against the State of Israel, they will find themselves in a situation that costs them dear.”

Spelling out the warning, Kohavi said: “The IDF will strike all those involved in activities against the State of Israel or against Israeli targets, whether in part or in full, whether near or far. I say this simply, clearly and with complete commitment: our retaliatory steps have been prepared and rehearsed. I advise our enemies not to test us,” he said.

The Israeli submarine passed through the Suez Canal a week ago openly with Egyptian approval, according to Arab intelligence sources. It surfaced upon arrival in Gulf waters where it joined the US flotilla of submarine and escorting cruisers.

DEBKAfile: The US and Israel have timed their joint naval maneuver to warn Tehran off from being tempted to take advantage of the political uncertainty in its enemies’ capitals to vent its promised revenge. The US is in transition between two presidents until Joe Biden is sworn in on Jan. 20, while Israel is on the brink of a new election in March and will be ruled by a caretaker government in the interim.