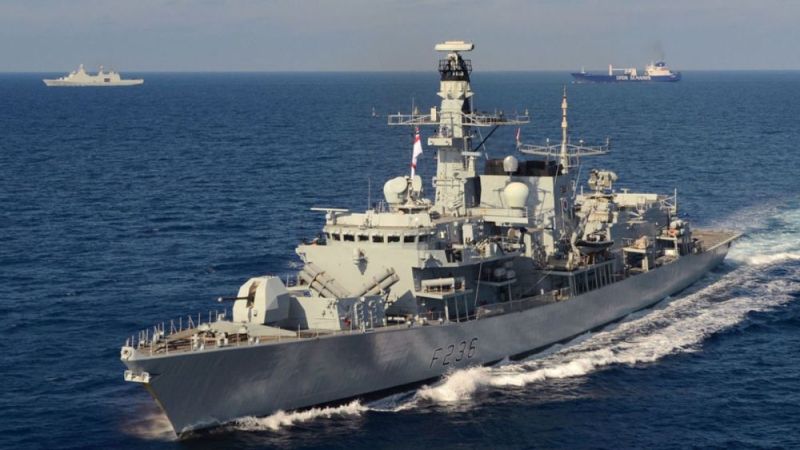 The newly inaugurated armed escort operation for protecting commercial shipping in the Gulf and Red Sea faced its first test early Thursday, July 11, when three IRGC boats tried to capture the British Heritage tanker in the Gulf of Oman. They withdrew when the ship’s escort, the HMS Montrose frigate, trained its guns on them with verbal warnings. This incident, as described by Washington and London, is firmly denied by the Iranian Guards as never having taken place.

After analyzing the two claims, DEBKA Weekly’s military and intelligence sources perceive a US-British attempt to lure the Iranian boats into attacking the British tanker when it ventured into international waters after sheltering for a week on the Saudi coast. However, upon scenting an ambush, the IRGC boats sped away from the scene in good time.

This incident occurred interestingly just two days after Gen. Joseph Dunford, Chairman of the US Joint Chiefs of Staff, unveiled a Pentagon plan for the ships of coalition partners to conduct patrols in vulnerable waterways, like the Strait of Hormuz and the Bab el-Mandeb between Yemen and the Arabian Peninsula, Djibouti and Eritrea. “It will be clear in a couple of weeks which nations are willing to join the effort,” he said to reporters at Fort Myer, Virginia on Tuesday.

The US military’s main role would be to provide “maritime domain awareness” – intelligence and surveillance information – to the ships of the coalition partners for their patrols. Any escorting of commercial ships would be done by military ships sailing under the flag of the commercial vessels, Gen. Dunford said.

The Dunford plan shares some features with an American operation of 32 years ago, when US Navy vessels escorted Kuwait tankers beset by marine mines strewn by the IRGC in the Strait of Hormuz and adjoining waters. Except that these days, the British and French Navies are coopted to the US escort operation.

Another innovation is the deployment of US, British and French naval commando forces at key Gulf ports, trained to rapidly intervene in any attempt by Iranian marines to seize a commercial ship. The US-European negotiation for this partnership was long and arduous because the Americans stood by their demand, over UK and French objections, for “maritime domain awareness” to extend to the US forces deployed on the Syrian-Iraqi border regions, in the event of an Iranian attack. London and Paris finally agreed to post small UK and French commando units in eastern Syria. They are to be joined by contingents from the Czech Republic and Poland, the first East European fighting forces to serve in Syria, after the Trump administration persuaded Warsaw and Prague to come aboard.

Washington is pleased with the progress made in forming this international lineup for protecting commercial shipping in the Gulf and Red Sea regions and sanguine about its prospects of success. This optimism is fueled additionally by the belief that the US-Iranian Gulf crisis has opened up a real opportunity for ending the Yemen war by drawing the Houthi insurgents away from their affiliation with Tehran. The leaders of this Yemen group are coming around to believing that they are being dragged by Tehran into its conflict with Washington and a situation that is detrimental to their long-range national aspirations. American sources are hearing Houthi leaders voicing skepticism about the value to their cause of the missile attacks they stage for Iran on Saudi towns. If this tendency gains ground and the Houthis figure that their service to Tehran brings them diminishing gains, Iran may find its options for using Yemen to launch attacks on Red Sea shipping and the Bab al-Mandeb Straits seriously curtailed.