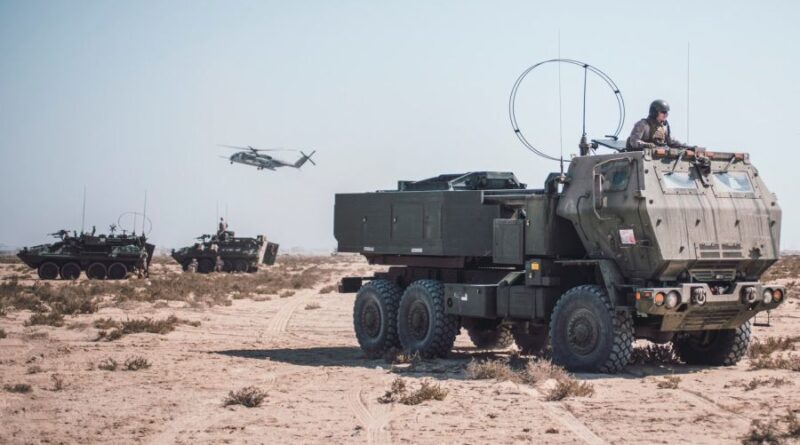 In a rare spat among two leading NATO allies. the US Marine Corps issued a statement denying having surrendered to British counterparts in a recent training exercise in California. The denial on Saturday, Nov.6 follows claims in British media since Tuesday that British Royal Marines commandos had “dominated” the US Marines during the Green Dagger exercise in the Mojave Desert Twentynine Palms training area and forced them to surrender, after most of their unit was “annihilated”. It was further claimed that US troops asked for a “reset” halfway through the exercise after suffering extensive casualties.

The British forces said they had not only defeated the Americans, by successfully targeting their headquarters, using long-range artillery to destroy US vehicles and other targets, and launching a long-range commando raid, but vastly expanded the territory they controlled from less than 20% to more than 65% of the exercise area. This claim was first reported by the London Telegraph defense correspondent Dominic Nicholls.

The official Twitter account for 40 Commando Royal Marines also declared that British forces had emerged “victorious” at the end of the exercise. Taking part in the war game were also Netherlands, Canada and the United Arab Emirates.

While the dispute between US and UK armed forces is far from over, DEBKAfile’s security sources take a look at the new tactics introduced for British special forces. Under the motto “Too Stubborn to Die,” they are now being trained to “confidently operate in an environment jammed with enemy electronic warfare systems. The UK Ministry of Defense explained that the Green Dagger battle exercise “tested the deployment of the new Littoral Response Group (LRG) in a guerrilla war fighting against well-equipped US Marine Corps opponents. The LRG is one of two new Royal Navy task groups focused on commando forces that are able to respond to world events, with one to be based in Europe and another, LRG South in Oman ”

Our sources add that this group will use Duqm port as a jumping off base for threats in the Gulf, the Arabian Sea and the Red Sea

It was the LRG South, based on light infantry forces and Dutch troops, which took part in the war game in California last week.

DEBKAfile adds that the LRG is designed to operate in close sync with air, ground, naval and cyber units, much like the pattern followed by Israel’s Defense Forces in a large-scale war exercise last week, in combination with civilian emergency authorities.

One of the lessons drawn from the Green Dagger exercise is that while advanced technological systems substantially boost the effectiveness of commando forces, they are no substitute for ground troops wielding strong and accurate firing power.

This is also a lesson for Israel defense Forces. Under the leadership of Chief of Staff Lt. Gen. Aviv Kohavi, the IDF has invested billions of dollars in developing the latest high tech equipment for integration with special forces, possibly at the expense of improvements of ground forces including infantry. The IDF motto, ”We don’t quit until we win” has been replaced by “{If you fail], fail fast, fail better.”

A former inspector of the military, Maj. Gen, (res.) Yitzhak Brik, said recently: “Outfitting field units with the latest high-tech equipment costing mega-billions “calls for a disciplined and professional army. It also requires a culture devoted to the smooth running leadership for the organizational and administrative aspects, good control and monitoring, and the capacity to draw lessons from mistakes and correcting them.”

Ceneral Brik concludes: “None of these qualities are currently present in the IDF’s ground combat forces. Instead, we encounter disavowal and disregard, the ingrained rounding of corners, whitewashing, conspiracies of silence and fear of voicing views counter to those held by the commander. Because of these failings, the introduction of costly high-grade technology has been only partly successful and therefore failed to produce the desired results.”

This finding by a respected critic is immediately relevant. While the military is deep in preparations for a possible war emanating from Lebanon, it is also about to embark next week on a joint three-week exercise with the US 51/5th Marine Expeditionary Brigade, which arrived in Eilat this week. This drill is to include guerrilla battles in urban areas, disarming bombs and the use of a High Mobility Artillery Rocket System.