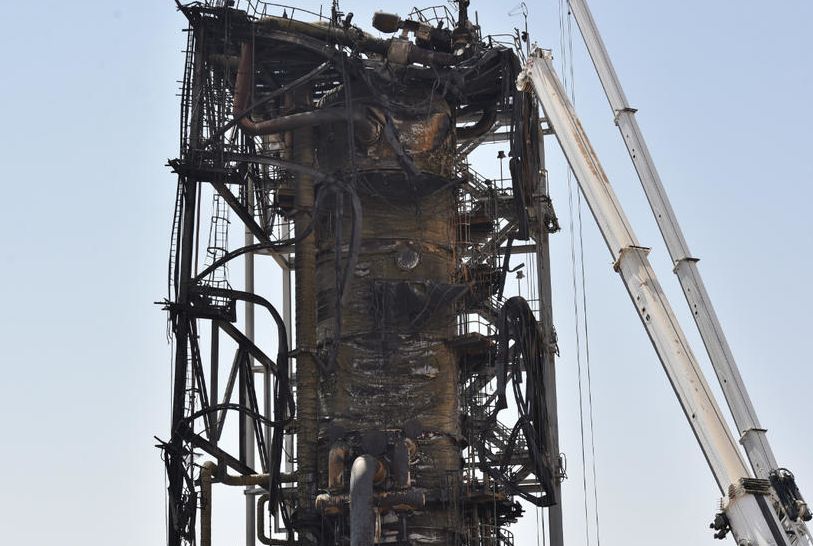 The US like Israel has no adequate answer for Iran’s cruise missile and drone warfare. This was the subtext of PM Binyamin Netanyahu’s warning on Monday, Oct. 28, that Tehran is deploying those missiles against Israel in Yemen, as well as Iraq, Syria and Lebanon, at a joint news conference with visiting US Secretary Treasury Steven Mnunchin.

This alarming gap in US and Israeli defenses shot into sight in the Sept. 14, Iranian attack on Saudi oil infrastructure.  It has galvanized the US armed forces into starting to remove sensitive elements out of range, DEBKAfile’s military sources report.

The Saudi operation revealed both Iran’s audacity in going for a major Saudi oil center but also the unexpected accuracy of its weapons, the hitherto unknown ability to strike targets with the precision of 5-10 m, as Netanyahu stressed on Monday.

Iran’s newfound capabilities provided the context for the US Navy’s announcement on Oct. 25 that the USS Abraham Lincoln Carrier Strike Group had been moved out of the Gulf into the Arabian Sea. This move reduced the ability of the F/A-18 fighter-bombers on its decks to barely fly there and back for reaching an Iranian coast target only 800km away. The threat to the mighty US strike group was considered real enough for the US military command to forego keeping all parts of Iran within its sights.
The same rationale has spurred US CENTCOM to start emptying out its air force command posts at the Al-Udeid Air Base in Qatar for relocation at a base in central Saudi Arabia. A direct Iranian hit could cripple US command and intelligence centers in Qatar.

The soothing IDF statement on Monday night that Israel’s counter-missile defense systems were being overhauled for meeting the new menaces was timely. It was also meaningless in as far as providing any assurance that an answer had been found for Iran’s cruise missiles, either by Israel or indeed the United States. After intense cooperation with the US Missile Defense Agency for decades and spending tens of billions of dollars to develop Israel’s four-tier missile defense system, both are suddenly caught short by their vulnerability to Iran’s newest tools of war. Netanyahu’s comments on Monday connected to his earlier disclosure that Israel will have to urgently spend several billion more dollars to meet the new capabilities developed by Tehran.

74 thoughts on “US Mid-East forces relocate out of Iranian cruise missile range. The IDF begins overhaul”