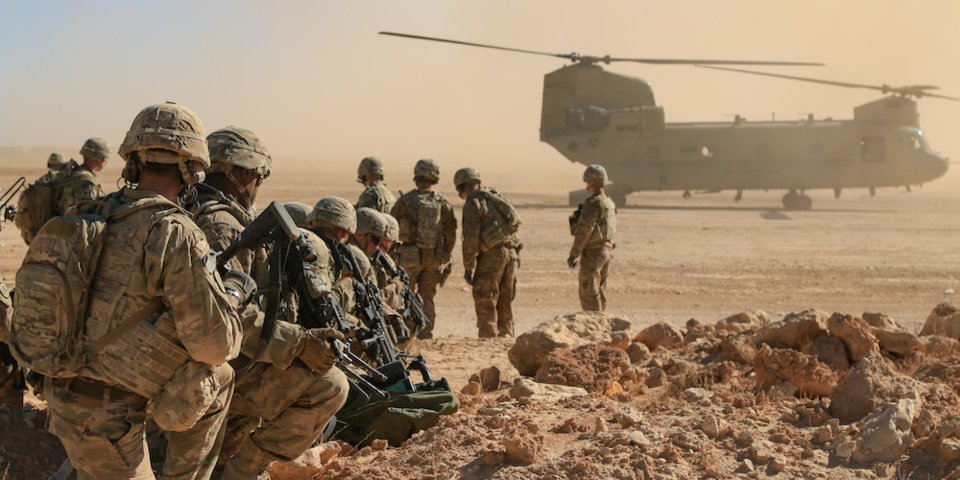 DEBKAfile Exclusive: US troop reinforcements were flown to Iraq on Wednesday, March 6 ready for an offensive by Iraq’s two largest pro-Iranian militias against US forces in northern Iraq and Syria. The additional troops were consigned from US bases in Jordan and Israel. The next day, when those militias called for “resistance to US presence in the region,” American forces in the Gulf region and southern Europe, particularly in Romania and Bulgaria, were also placed on high readiness.

Our sources name those militias as Kata’ib Hezbollah and Asaib Ahl al-Haq aka the Khazali Network – both linked to Hizballah, Iran’s Lebanese surrogate.

The US command in the region estimates that American forces in eastern and southern Syria as well as the US bases near the Syrian border are at risk, since both these militias have been deployed by their commander, Al Qods chief Gen. Qassem Solemani, to positions in Syria. They have also  planted covert cells in Gulf emirates.

The call for “resistance” came the day after Washington designated as a terrorist organization – and imposed sanctions on – a third pro-Iranian Iraqi militia called Nujaba. This group provides the Iranian military in Syria with a special operations unit. It is armed with Iranian surface missiles and Russian-made T-72 tanks handed over by the Syrian army. Nujaba’s primary mission is to capture the Golan from Israeli rule.
Thursday saw American forces in Iraq facing a further hazard. Nessar al-Rab’ee, head of the political wing of the military wing of Iraq’s powerful Sadrist movement, called on parliament in Baghdad for legislation ordering all foreign forces to leave the country. Since American troops make up the bulk of the foreign presence, this law initiative was seen as directed against them. This was an unexpected setback. Muqtada Sadr, who heads this movement, has long opposed Iranian influence in Baghdad. That he was willing for his armed wing, the Mahdi Army, to join forces with the pro-Iranian militias against the United States further stoked the forebodings of US commanders in the Middle East and the Trump administration in Washington.

Our sources report that on Friday, March 8, US Secretary of State Mike Pompeo voiced US concerns in a phone call to Iraqi Prime Minister Adel Abdul-Mahdi. That evening, Abdul-Mahdi issued the following notice: “The US cannot legally establish new bases in Iraq and its current military presence is to be limited only to combating Daesh and training Iraqi troops.” It is noted that the Iraqi prime minister can’t do much against the pro-Iranian militias since they outgun and outnumber the national army.
Baghdad’s notice was taken as a refusal to allow the US to go through with its plan to establish new military facilities to accommodate the troops whom President Donald Trump has ordered to be withdrawn from Syria. Those facilities are already under construction in the north near the oil city of Kirkuk opposite the US air base in the western Anbar province.