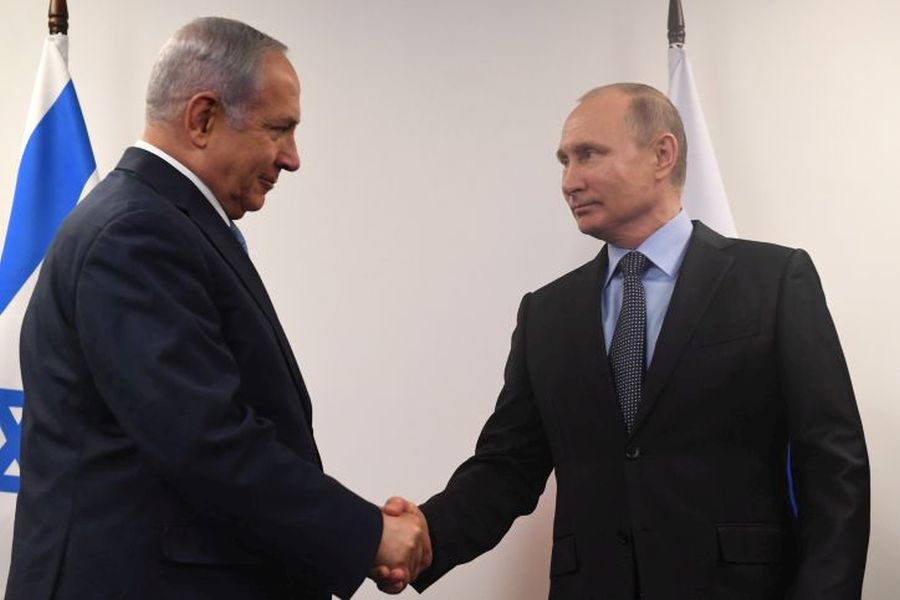 Russia’s National Security Adviser Nikolai Patrushev and deputy foreign, justice and public security ministers arrived in Jerusalem Thursday, Feb. 1, along with senior military and intelligence generals. They came three days after Prime Minister Binyamin Netanyahu sat down in the Kremlin with President Vladimir Putin. The Russian visitors are the guests of Israel’s National Security Council chief Meir Ben Shabat. They are to hold talks with their Israeli counterparts on questions relating to Iranian’s military presence in Syria and Lebanon and the amendments Israel seeks for the 2015 nuclear accord with Iran, of which Russia along with the US and four other world powers were signatories.
No announcement was made on the duration of the high-ranking Russian visit.
DEBKAfile’s diplomatic sources note that it is unprecedented for a delegation of such eminence to get organized for a foreign mission in so short a space of time. Putin must have expedited it for three reasons:

DEBKAfile reported earlier in this space:

The Trump administration’s abrupt flight from its understandings with Moscow on Syria left Netanyahu with a blank agenda for his Moscow talks with Putin on Monday, Jan 29.
This about-face will be examined, with new revelations, in the coming issue of DEBKA Weekly out on Friday, Feb. 2
DEBKAfile reports exclusively that Prime Minister Binyamin Netanyahu had been well primed for his meeting in Moscow with Russian President Vladimir Putin. He had come away from last week’s Davos Economic Forum and his talks with President Donald Trump and European leaders with a strong impression of amity between Trump and Putin, endorsed by key European leaders, on two critical issues: that Syria’s political transition from war to peace would lead to Bashar Assad’s ouster along with the eviction of all foreign armies, including those of Iran and Hizballah. This was the essence of the “non-paper’ drawn up by Secretary of State Rex Tillerson in conjunction with Russia’s plans for Syria. Moscow planned to put this formula before the Sochi Syrian peace conference on Monday, Jan. 29.
But between the end of the Davos forum on Friday, Jan. 26 and Sunday night, Jan. 28, this deal was blown sky high in Washington, just hours before Netanyahu set out for Moscow. His agenda was to have centered on obtaining a Russian guarantee that the new military and political understanding with the Americans left Israel’s military with freedom of action in the skies of Syria and Lebanon among other topics. But in the light of the turnabout in Washington, he had to rethink his agenda. So, shortly before his plane took off from Tel Aviv, Netanyahu performed a second last-minute switch of accompanying advisers, replacing Military Intelligence chief Maj. Gen. Hertzi Halevi with an officer of lower rank.

The issue of a permanent Iranian military presence in Syria is always on every Israeli agenda. But Netanyahu had already repeatedly made Israel’s position known on this to Putin. He already knew that Israel was determined not to let Lebanon be used as an Iranian missile base, and this matter was not in any case at the forefront of Russian strategists’ concerns.
DEBKA Weekly 787, out on Feb. 2, brings you exclusive rundowns on the dynamics behind the Trump administration’s sudden decision to ditch its understandings with the Russians on Syria and Iran, on Moscow’s role, on the Saudi crown prince’s stance, and how these elements came together to scuttle the Sochi peace conference, which Putin called as part of his campaign for reelection in March.
If you are not already a subscriber, click here.