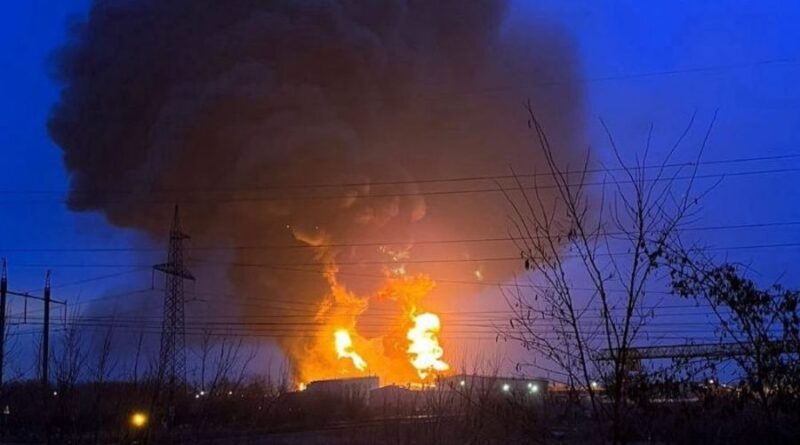 The Pentagon on Monday, Dec. 12, gave Kiev the go-ahead to strike military targets inside Russia in the wake of Moscow’s unrelieved missile and lethal drone asssaults that have disabled power and water supplies across the country in sub-zero temperatures. This message was delivered by President Joe Biden in a phone conversation with Ukraine’s Volodymyr Zelensky on Sunday before a meeting of G7 leaders to discuss deepening anti-Russian sanctions. Stressing that strengthening Ukraine’s air defenses was a priority for Washington, Biden assured Zelensky that Ukraine was to be supplied with more advanced air defense equipment and a variety of UAVs.

On Monday, the Ukrainian Black See port of Odesa returned to operation after its energy facilities were knocked out with Russian-used Iranian-made drones, leaving 1.5 million people without power.

DEBKAfile’s military sources note that by approving Ukraine’s cross-border action against the Russian military Washington may have opened the door to Moscow’s reprisal again Ukraine’s European Union neighbors, notably those supplying Kiev with arms. Iran’s role as Russia’s prime arms supplier has been enhanced for the intensified campaign Ukraine. Tehran has just started topping up the Shehad 136 and Shehad 131 kamikaze drones already used by the Russian military with hundreds of SS-26 rockets to resupply Moscow’s exhausted stocks of its own Iskander medium-range surface rockets.

Moscow will reportedly reward Tehran, according to a US military source, with “more advanced military components, which will allow Iran to strengthen their weapons capability.”  Washington has been exploring means of blocking the transfer of Iranian weapons to the Russian military, so far without success.