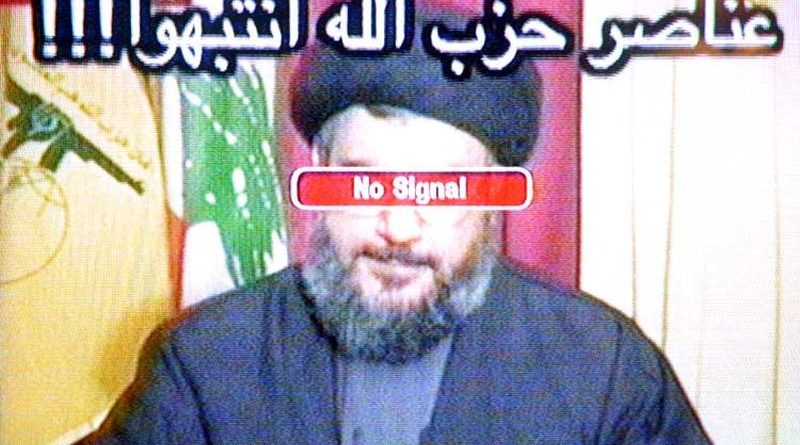 The Trump administration plans to step into the turbulence in Lebanon to loosen Hizballah’s grip on Beirut by anti-corruption sanctions for its allies, US sources reveal. Since the Diyab government resigned under mounting popular fury in the aftermath of deadly explosions at Beirut port, a power struggle is evolving to fill the gap. Washington sees its chance to strip Iran’s surrogate of the allies and power which made Hizballah the military and political boss of Lebanon for the past decade.

The disastrous blasts killed at least 160, injured some 6,000 and wrecked Beirut port and city, leaving more than 300,000 homeless. The calamity struck a nation in the throes of economic meltdown and street riots against a corrupt government whose negligence left 2,750 tons of volatile ammonium nitrate at Beirut port to blow up and destroy their capital. Last Friday, Hizballah’s once all-powerful Hassan Nasrallah went on the air to pathetically deny his organization kept “arms, ammunition or anything in the port.” His close sidekick President Michel Aoun followed with a suggestion of “possible external interference through a rocket or bomb or other act.”

Neither protestation convinced the angry and grieving Lebanese citizens. It was obvious that their resistance to an international probe of the port explosions came from fear of exposure.
Michel Aoun, who holds the presidency as a representative of the Christian community, is a prominent candidate for a US blacklist. So is his son-in-law Gebran Bassil, a former foreign minister, as well as a long line of businessmen and political figures, who are known to have used public office to feather their nests while also, in recent years, providing Hizballah with cover for its emergence as Tehran’s powerful influence broker in Beirut. As spearhead of Iran’s aggression in the region and owner of a massive arsenal of missiles, Hizballah’s forces in Syria have sought to control areas abutting Israel’s northern border. Israel has been accused of repeatedly attacking those forces to throw them back.

Their disgrace adds fuel to the Trump administration’s “maximum pressure” on Iran and its cohorts and provides the leverage for isolating Iran’s cohorts. US sanctions against Hizballah’s friends will send a message to Lebanon that the massive influx of international aid for building Beirut anew will not be forthcoming if Hizballah steps back into its former potent role in the regime. Washington is still drawing up a blacklist of individuals whose assets would be frozen. International organizations, in which the US is the primary shareholder, would also deny Lebanon a bailout so long as Hizballah is in the driving seat. Before the explosions, Lebanon was already slipping fast into the status of a failed state, its currency nearly worthless and the prices of essentials, including bread, rising outside the reach of many Lebanese citizens. They will no longer put up with the old regime and its corrupt ways.