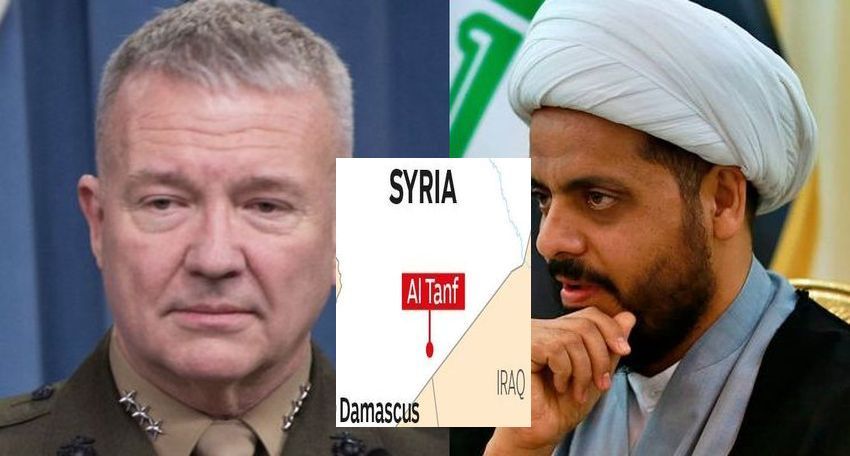 US-Iranian tensions this week were ramped up by intelligence of a plot for Iran’s Iraqi proxies to attack the American Al Tanf garrison in E. Syria, which commands the strategic Syrian-Iraqi-Jordanian border intersection. DEBKAfile’s military and intelligence sources, reporting this exclusively, reveal that Tehran’s master-plotter is Qais al-Khazail, head of the Iraqi Kataib Hezballah militia, and he is collaborating with a fellow proxy, the Asa’ib Ahl Al-Haq.

This intelligence, which reached the head of US CENTCOM, Marine Lt. Gen. Kenneth McKenzie, galvanized Washington into action. US Secretary of State Mike Pompeo hurried over to Baghdad on Tuesday, May 7 with a warning that US punishment would reach Iranian soil and its Revolutionary Guards bases, if US forces came to harm. On Thursday, the USS Abraham Lincoln carrier strike group sailed into the Red Sea and on Thursday, the Pentagon announced the redeployment of Patriot anti-missile batteries to the Middle East.

For the Trump administration, an Iranian proxy attack on a US asset or ally is tantamount to direct aggression by the Islamic regime in terms of the American response. The Iraqi Hezballah militia is a faction of the multibranched Iraqi Shiite PMU which takes its orders from the Al Qods chief Gen. Qassem Soleimani. DEBKAfile’s military sources report that in recent months, the PMU has concentrated large scale forces in the western Iraqi province of Anbar next door to the Syrian border This has given Tehran’s plot master Qais al Khazali easy access to his target and time to properly prepare a successful hit. Iran has also provided him with a multi-function arsenal of missiles. They include Fateh 110 missiles which have a range of 300km; Zelzal 2 and Zelzal 3 which can reach targets at distances respectively of 150km and 210 km; and Zulfigar short-range ballistic missiles which have a 1,000km range.

This missile arsenal offers Iran’s proxy chief several options for striking US targets outside Iraq across the Middle East – either instead of or in addition to the projected Al Tanf operation.

Ranged against Iran’s preparations, the Americans have deployed: B-52 bombers to the Al-Udaid Air Base in Qatar; F-35A stealth aircraft to Al-Dhafra base in the UAE; and ordered the USS Abraham Lincoln with strike group take up position in the Red Sea.