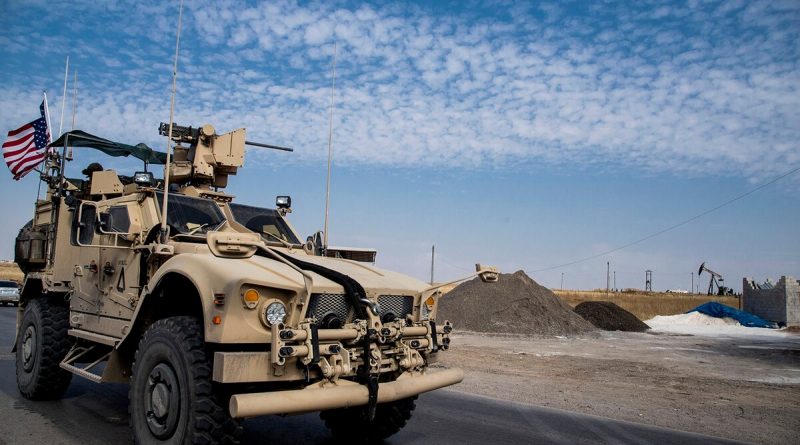 The US is reinforcing its 500-troop contingent in northern Syria with six Bradley fighting vehicles, 100 troops, fighter jets, Apache helicopter gunship patrols, and Sentinel radars to track Russian helicopters, after several run-ins with Russian forces. In one incident, a Russian armored vehicle rammed a US ground patrol and injured 7 American soldiers.

For a while, US and Russian forces parked in this small flashpoint area up against the Turkish and Iraqi borders managed to steer clear of each other. In recent weeks, tensions spiraled when the Russians started pushing more aggressively to expand their turf in these regions, which are largely controlled by the Kurdish-led Syrian Democratic Forces backed by the United States. Russian officers were reported offering “protection” to local Kurdish villagers in the “security zone” which hosts US forces. Most were rebuffed. Last week, Syrian opposition sources reported the arrival of additional Russian weaponry and logistical equipment to the northern Qamishli airport.

Oil is one factor in the complexities of this big power contest. Last month, an American company, Delaware-based Delta Crescent Energy, reached a deal with the Kurdish-led authorities to develop and export crude oil in areas under their control. This deal had both Moscow and the Assad regime up in arms. The United States is also building up an SDF force to protect the oilfields in Hasakah and Deir Ezzor provinces, which are controlled by the Kurds.

Although President Donald Trump would rather withdraw US forces from Syria, he contended recently that American troops “are out of Syria” except to guard the region’s oil fields.

US Navy Captain Bill Urban said on Friday that the move would “ensure the safety and security of Coalition forces.” Alongside the fighting vehicles, which had been shipped in from Kuwait, he said the US would also deploy a “Sentinel radar” and increase “the frequency of US fighter patrols over US forces.” Unnamed officials said the troops and vehicles were sent to deter Russian forces from entering the security area where US coalition and Kurdish forces operate.

The small US contingent in northern Syria needed to be reinforced as an important cog in America’s strategic deployment in the region. If the Russians moved in on this Kurdish region, the American Al-Tanf garrison at the intersection of Syria-Iraq-Jordan borders would be hard to defend, as would the big American Al Assad Airbase in Iraq. There would furthermore be no bar to the influx of Iranian-backed Shiite militias across the border from Iraq into Syria.