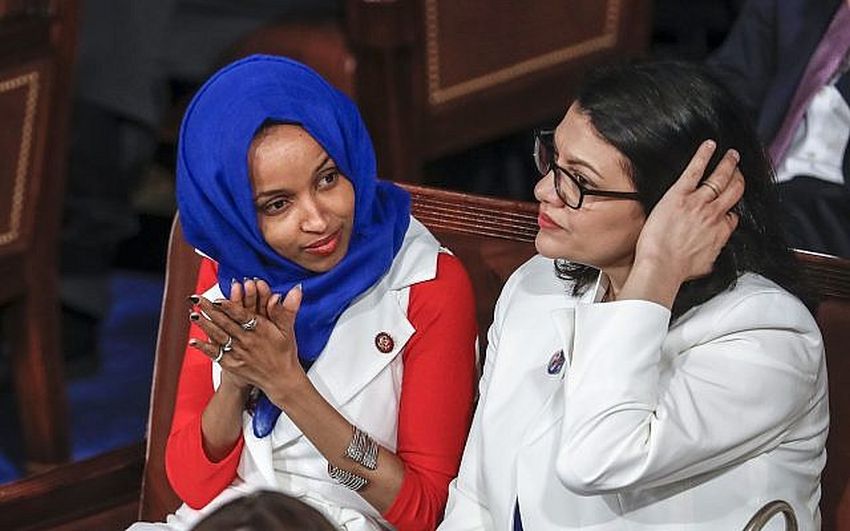 The decision to ban a visit to Israel by two controversial US lawmakers Ilhan Omar (D-Minn.) and Rashida Tlaib (D-Mich.) was taken on Thursday, Aug. 15, after intense deliberation. Prime Minister Binyamin Netanyahu and Interior Minister Aryeh Deri based it on the law denying entry to BDS activists that was promulgated by the Knesset in 2017.

Omar and Tlaib are vocal champions of the anti-Israel Boycott, Divestment, and Sanctions (BDS) movement. They were planning a three-day visit starting next Sunday. The interior minister stressed that Israel has the highest respect for the American Congress as part of the close alliance between the two countries. But it is unthinkable for people who seek to harm this country being permitted to enter, when they use the most influential platform in the world to promote the boycott of Israel.

Had Tlaib, an American of Palestinian heritage, made a special humanitarian request to visit her family on the West Bank, it would have been seriously considered, he said.

US President Donald Trump made this comment on Twitter: “Admitting the far-Left Democratic Reps Ilhan Omar and Rashida Tlaib to visit Israel would show great weakness.” He added: “They hate Israel and all Jewish people. And there is nothing that can be said or done to change their minds. Minnesota and Michigan will have a hard time putting them back in office. They are a disgrace.”

Omar and Tlaib were invited by the Palestinian Miftah group which is headed by Hanan Ashrawi. They had arranged to visit Ramallah, Temple Mount, Bethlehem, and the controversial Khan al-Akhmur site outside Jerusalem.
Netanyahu had to overcome a dilemma before reaching the decision to prohibit their visit. He had been warned that this decision would be taken amiss by the US Democratic party and reflect badly on its traditional friendship for Israel, as well as on the country’s reputation for freedom of expression for all opinions.

On the other hand, the prime minister is fighting a tough uphill battle for his Likud party’s re-election on Sept. 17 and his own political future. Any sign of weakness on his part would be seized on and turned against him by his many rivals and further fracture his right-wing base. Netanyahu knew that granting vocal supporters of the anti-Israel boycott permits to enter Israel against the law – with free rein to use their visit as a platform for spreading their views across world media – would seriously impair his prospects for winning voters next month.

Democratic minority leader in the US Senate Chuck Schumer condemned the ban as harmful to the friendly ties between the US and Israel. Schumer advised Netanyahu to reverse the decision which he called a sign of weakness. He was followed in the same vein by two Democratic presidential contenders Elizabeth Warren and Bernie Sanders.