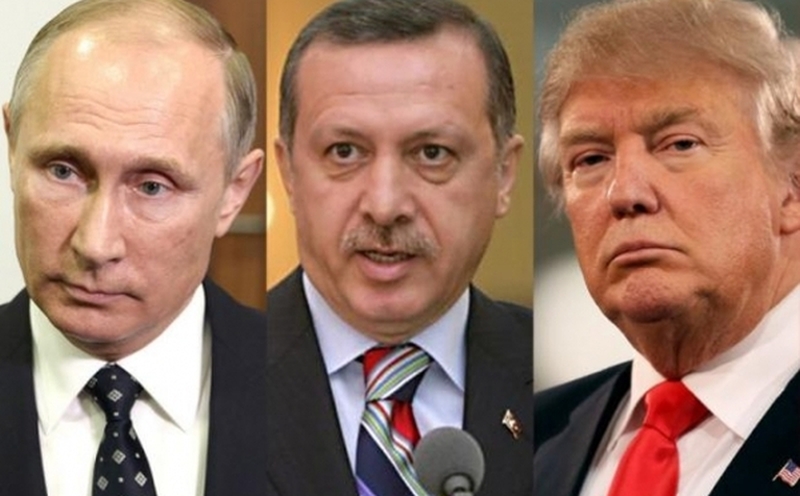 As their collaboration got off to a good start this week in eastern Syria, DEBKA Weekly’s military and intelligence sources found the Americans and Russians testing the ground for working together in such problematic sectors as Syria’s borders with Turkey, Israel and Jordan. The first signs were promising. Russia, for instance, sent reinforcements this week to bolster the units which have since March been holding the village of Kafr Janneh in the Kurdish province of Afrin opposite the Turkish border.

In the deal they struck earlier this month for Syria, US President Donald Trump and Russian President Vladimir Putin were of one mind that Turkish President Tayyip Erdogan must not be allowed to release his army for cross-border action against local forces, especially his standard target, the Kurds, whose YPG militia is an American ally. To nail this point down, Washington and Moscow channeled discreet messages to Erdogan, warning him that any Turkish troops again venturing into Syria would themselves become targets of attack.

Never before in the nearly seven-year Syrian conflict has the Turkish leader been confronted with a US-Russian ultimatum to keep out. And not before time. Turkey and Iran were in the middle of a move, based on their enhanced military and intelligence collaboration, to pre-empt the Kurds’ progress towards setting up a self-ruling entity in northern Syria and force them to disarm and disband their YPG militia. The joint US-Russian warning came as a sharp deterrent.

Ankara and Tehran had already attached Syrian President Bashar Assad to their secret move against the Kurds. And so Monday, Dec. 18, Assad paid his second visit in a month to the Russian Hmeimim air base to buttonhole the new arrival from Moscow, Russian Deputy Prime Minister Dmitry Rogozin. Assad tried explaining to Rogozin that the Kurds are traitors and must be handled with an iron fist. But, because the new US-Russian deal was already underway, his argument fell on deaf ears and was at cross-purpose with the visitor’s mission. DEBKA Weekly’s sources report that Rogozin was there to brief Russian commanders in Syria on the understandings reached between Moscow and Washington for keeping Turkey’s meddling hands out of Idlib, Syria’s largest province.

Erdogan had been discovered forming an intrigue with the dominant force in the province, the Al-Qaeda affiliate Hayat Tahrir al-Sham (formerly the Nusra Front) and its leader, Muhammad al-Jolani. The US-Russian message to Erdogan was intended to derail his transactions with this group, which both brand Islamist terrorist, before Jolani was set up as its ruler, backed by Turkish logistic and intelligence support – or even air and artillery cover. Neither Trump nor Putin is keen to see an Islamist enclave carved out in northern Syria backed by Turkish guns.

Joint US-Russian efforts are also underway to crimp Iranian and their allied Hizballah and Shiite militias’ drive to dominate Syria.

A new Russian order proscribes Syria air strikes against rebel targets in the regions facing the Israeli and Jordanian borders. It also delimits the combined Syrian-Iranian-Hizballah push to take over those regions, especially its targeting of the town of Daraa on the Jordanian border, and the key Golan town of Quneitra opposite Israel’s border positions. The Russian command holds over the heads of its allies the threat to withhold air support from their operations in other parts of the country.

Despite Russian directives to the contrarly, the combined Syrian government army-Hizballah assault to seize the rebel-held Beit Jinn enclave of southern Syria opposite IDF positions on the foothills of Mount Hermon pushed ahead Thursday, Dec. 21.