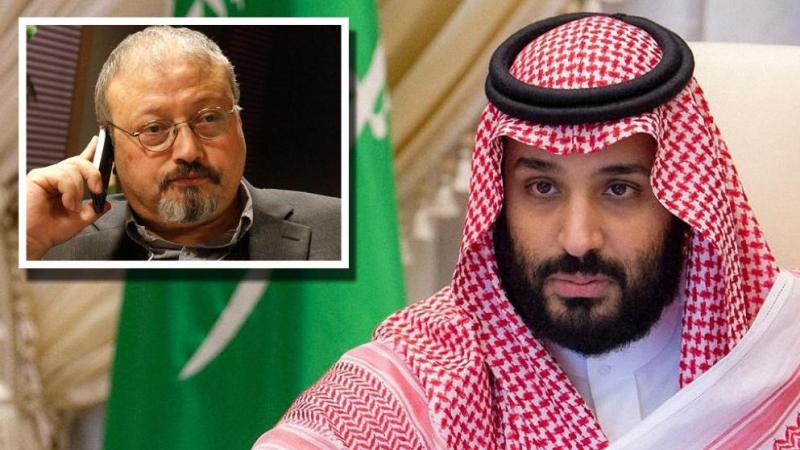 US Treasury Mnuchin will not attend Saudi investment conference

In continuing fallout from the Khashoggi affair, US Treasury Secretary Steven Mnuchin posted on Twitter Thursday: “Just met with Donald Trump and Secretary Mike Pompeo and we have decided I will not be participating in the Future Investment Initiative summit in Saudi Arabia.” He joins a number of Wall Street power players and international finance leaders who have opted out of the conference, dubbed Davos of the Desert.

Relations between Donald Trump’s administration and the court of King Salman bin Abdulaziz were turning sour some time before the journalist Jamal Khashoggi disappeared inside the Saudi consulate in Istanbul on Oct. 2. A week earlier, President Trump burst out at a midterm rally: “Our close ally Saudi Arabia and its king would not last two weeks without US military support.” .

After five months of listening without response to disparaging comments from high places in Washington – directed mostly against Crown Prince Muhammad in Salman (MbS) – Saudi royals were ready to burst. Still fresh in their minds were the aspersions certain US intelligence circles cast two years ago – at the tail end of the Obama presidency – when Salman ascended the throne, that he suffered from Alzheimer’s and was too confused to understand what was said to him or even where he was. This was patently false, as DEBKA Weekly reported at the time, but it left scars.

On Oct. 13, Trump threatened “severe punishment” if the missing Saudi journalist “proved to have been killed by the kingdom,” although he promised that the huge US arms sale to the kingdom would not be affected. Sanctions were mentioned by US lawmakers.

Riyadh, which by then had had enough, snapped back through an unnamed Saudi official: “The kingdom confirms that if any action is taken against it, it will respond to it by a greater action.” Three potential counter steps were implied: Pushing up oil prices to a soaring $200 the barrel; marketing oil for local currencies, such as the Chinese yen instead of the American dollar; and taking the brakes off oil production promised in support of the US sanctions going into effect on Iran’s oil sales on Nov. 4.

King Salman refused to take the US president’s calls for nearly two weeks before they talked on Oct. 15. During that time, sensational, unsubstantiated Turkish allegations were uncritically snapped up by US mainstream media. Salman first talked to the Turkish president, after sending Prince Kalid bin Faisal Al-Saud, Governor of Mecca, an accomplished diplomat, to Ankara negotiate with President Tayyip Erdogan a compromise deal for ending the scandal. (See a separate article in this issue.)

By then, Trump had switched to damage control mode. He told reporters: ”I just spoke with the King of Saudi Arabia, who denied any knowledge of what took place with, as he said, his Saudi Arabian citizen. I’ve asked — and he firmly denied that. I asked Secretary of State Mike Pompeo to immediately get on a plane, go to Saudi Arabia, go to other places if necessary, which he probably will, he’ll go to Turkey if necessary.”

The next morning, Pompeo landed in Riyadh and was immediately received by the king and later dined with the crown prince. Behind these smiling encounters, the Saudi royal house feels badly let down by a second US president after the years 2009-2016 of being cast off as an ally by Barack Obama in favor of its arch-enemy, Shiite Iran. When Donald Trump entered the White House, his first foreign visit was to Saudi Arabia to establish close personal ties with the king and the authoritative crown prince. But while welcoming warm declarations of friendship between the two countries, Riyadh has never overcome its mistrust of Washington’s motivations and conduct in the Middle East. This is because they believe that US intelligence factions perennially inimical to Saudi Arabia from the days of the Bush and Clinton presidencies, are still at work.

Today, they are seen to be obstructing President Trump by keeping a cloud hanging over his head over Russian meddling in the 2016 presidential election, as well as backing the Saudi royal house’s antagonists, including the writer, Jamal Khashoggi. From Riyadh’s perspective, the clandestine factions opposing the Trump presidency are activating their propaganda machine to fan popular American outrage against the kingdom over the Khashoggi case. The Saudis identify this faction as the one which persuaded the Obama administration to turn against the Sunni Muslim camp and support Tehran and its pretensions. They fear it is acting now to flip Trump administration support for the moderate Wahhabism – which Crown Prince Muhammad is fostering by economic and social reforms – over to an extremist Muslim Brotherhood circle led by Turkish President Reccep Erdogan and Qatar’s emir Sheikh Tamim bin Hamad Al Thani. The Saudis have a hard time deciding which is more dangerous, Obama-style pro-Iranian American Middle East policy or US-intelligence backed Muslim Brotherhood extremists.

They have come to believe that Jamal Khashoggi was not an independent journalist or a freedom-loving pro-reformist, as depicted, but a double agent in the pay of the Brotherhood. The fear in Riyadh at present is that President Trump will not be able to restore his ties with Riyadh to the friendly alliance prior to the Khashoggi case but forced to keep his distance by the same cloud of suspicion which hangs over his wish to “get along” with Russian President Vladimir Putin.

DEBKA Weekly’s Saudi analysts estimate that one of the fixed elements of those ties, the conviction in Washington that Saudi Arabia will never give up on the American military umbrella, has been knocked sideways – partly by anti-Saudi sentiment in America, but not least by the damage caused by the uncertainty to the kingdom’s ruling house and its internal equilibrium. The heads of some prominent princes may be on the block. It remains to be seen who survives at the end of the power struggle between King Salman, MbS and his rivals. This struggle gained urgency after Mike Pompeo confronted them with hard decisions for resolving the Khashoggi case without delay.