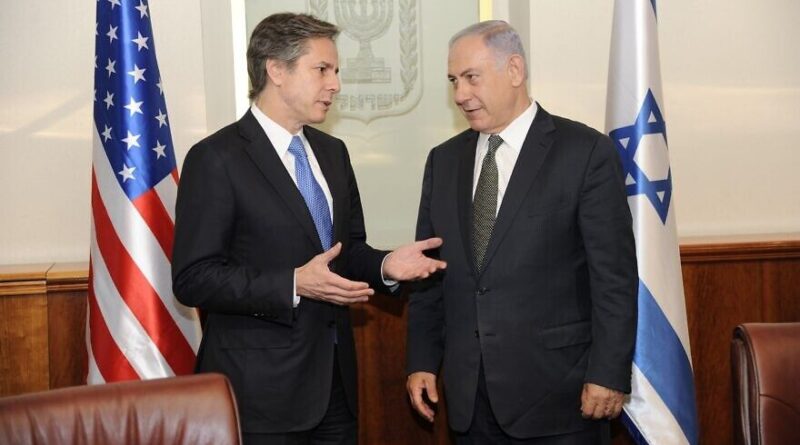 Before being cut short by an Egyptian-brokered ceasefire on May 20, the latest round of the Gaza conflict marked a seminal change in the contours of the Israel-Palestinian dispute. When US Secretary of State Antony Blinken arrives in the region this week for the talks in Jerusalem, Ramallah, Amman. and Cairo, he will find that the prospect of a two-state solution, resurrected this time by President Joe Biden, is more elusive than ever before.

Biden hoped the Gaza conflict and ceasefire would serve US diplomacy for leveraging fresh negotiations for an independent Palestine to rise alongside the state of Israel. That plan has been overlaid by the radical Hamas’ exploitation of the Gaza conflict to spark an upsurge of violent religious extremism. It has spread its anti-Semitic tentacles into western countries thinly disguised as support for the Palestinian cause.

Secretary Blinken will find that neither Gaza’s Palestinians nor the Israelis are in any mood to discuss a common future. Hamas is still on the march, whereas an opinion poll found almost 50pc of Israelis opposed to the ceasefire as premature. Both the US and Israel are turning away from naming the new Palestinian reality. Ramallah has lost its credibility since Mahmoud Abbas called off an election for fear of a Hamas takeover of the West Bank. But Hamas found another way to dominate the Palestinian cause. While failing on the battlefield against the IDF, Hamas instead brought forward the combustible Islamist dimension for the first time in its armed conflict with Israel.

The Ramadan clashes on Temple Mt. were fought, day after day, against Israeli police by Muslim worshippers at Al Aqsa Mosque; Israeli Arab mobs suddenly turned on their neighbors in a week of mob violence that singled out Jews; American cities saw an unparalleled surge of anti-Semitic outbreaks that spread to Europe.

In Lod and Acre, Jews were beaten, their business sacked and looted. In Manhattan, Los Angeles and London, Jews faced with anti-Semitic thugs removed their Yarmalkas and the mezuzot from their doors. The Palestinian plight and the Gaza conflict were the pretexts for these outbreaks, but really symptomatic of a different kind of Islamic terrorism on the march – not just the “inter-communal hostility” branded in the White House.

On Sunday, as US Vice President Kamala Harris joined an earlier statement from President Joe Biden denouncing the sharp spike in antisemitic attacks around the world since the start of the latest round of fighting in Gaza. The US administration is avoiding drawing a connection to the Middle East match lighting the fires in American cities. That connection was exposed on Sunday in the angry comments made on British Sky News by Hamas’ co-founder Mahmoud al-Zahar. When asked by an interviewer if he accepted the State of Irael’s right to exist, he said indignantly. “No. Why? Why? You are coming from America and you take my house. We are the owners of this. This is an Arabic area. This is well-known as an Islamic area, well-known.”

For the founder of this radical movement, there can be no question that the whole of former Palestine is an Islamic area illegally “occupied” by foreigners and infidels.  Arab and Muslim ownership of every inch of the disputed territory is synonymous.

The IDF’s Gaza operation is therefore far from over. Chief of Staff Lt. Gen. Aviv Kochavi after convening the top military and intelligence command for a post mortem on the operation, announced that the slightest sign of aggression from Gaza, be it an incendiary balloon or a rocket, would call forth a harsh response.

However, Hamas’ belligerence now reaches beyond the confines of the Gaza Strip and outside the military remit.  Instead of breaching the ceasefire with a round of rockets and incurring more painful IDF punishment, they may again use the Palestinian dispute with Israel over Temple Mt and the conflicting claims to the Jerusalem suburb of Sheikh Jarrah to re-ignite Islamic Arab mob violence in the streets of Jaffa and Acre. Although Police Commissioner Yaakov Shabtai assures that after 1,100 arrests, his Law and Order campaign is working, the embers of the of the former outbreaks are still smoldering in Israel’s mixed towns and liable to burst into flame without warning.

For many years, different Muslim movements tried without success to inject the fundamentalist Islamic element into the Israel-Palestinian conflict. Previous confrontations were waged on national grounds, including the 2000 Palestinian intifada. For the first time now, Hamas, which was born as the operational arm in Palestine of the fundamentalist Muslim Brotherhood, has adopted jihad as its battle cry. But once the religious genie is out of the bottle it may take on a perilous life of its own, out of Hamas’ control.