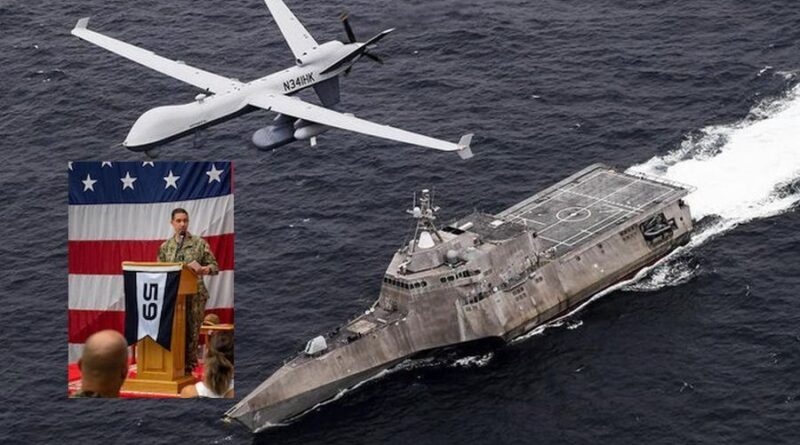 The first of its kind, the US Task Force 59 aims to enhance deterrence against Iran by the use in the region of integrated unmanned systems and artificial intelligence. The innovative force of stealth Loyal Wingman drones was established to address the growing need to deter Iran from harassment of US and allied shipping including Israeli vessels.

Although the nature of Task Force 59’s activities (and most platforms) remains secret, the Loyal Wingman drones and other remote-controlled technologies are known to be extremely versatile, armed for providing support for manned aircraft in disputed airspace, such as F-35 stealth fighters, as well as equipped for cyber warfare, intelligence, surveillance and reconnaissance. These futuristic drones are even capable of carrying out such diverse operations from beginning to end by themselves, while operating under, on and above the radar.

Task Force 59 has begun to be deployed in sensitive areas and regional chokepoints, such as the Straits of Hormuz, the Gulf of Oman, the Arabian Sea, the Bab al-Mandeb Straits, the northern Indian Ocean, the Red Sea and the Suez Canal.

Tehran was quick to react to the new stealth, remote-controlled US force, DEBKAfile’s military sources report, by adding six units to its squads of armed speedboats and operational UAVs with the ability to launch cyberattacks to disrupt the Force 59’s systems. Such attempts are hampered, however, by an inability to keep track of autonomous low-flying self-operating stealth drones like the Wingmans.

Still, Iran while, boosting its missile and other military capabilities, is also making strides in the development of drone warfare. For the US too it is important to enhance surveillance on Iranian activities in the region, especially the movements of “civilians” in coastal areas.

On September 11, Israeli defense minister Benny Gantz warned that Iran is training militias in Iraq, Yemen, Lebanon and Syria to use advanced drones at the Kashan military base. Iran believes that Task Force 59 is to the potential nucleus of a US-Gulf-Israeli front. With the drone danger increasing, many countries are on the lookout for sophisticated anti-drone weapons Task Force 59 can be seen as an initial attempt to test these arms.