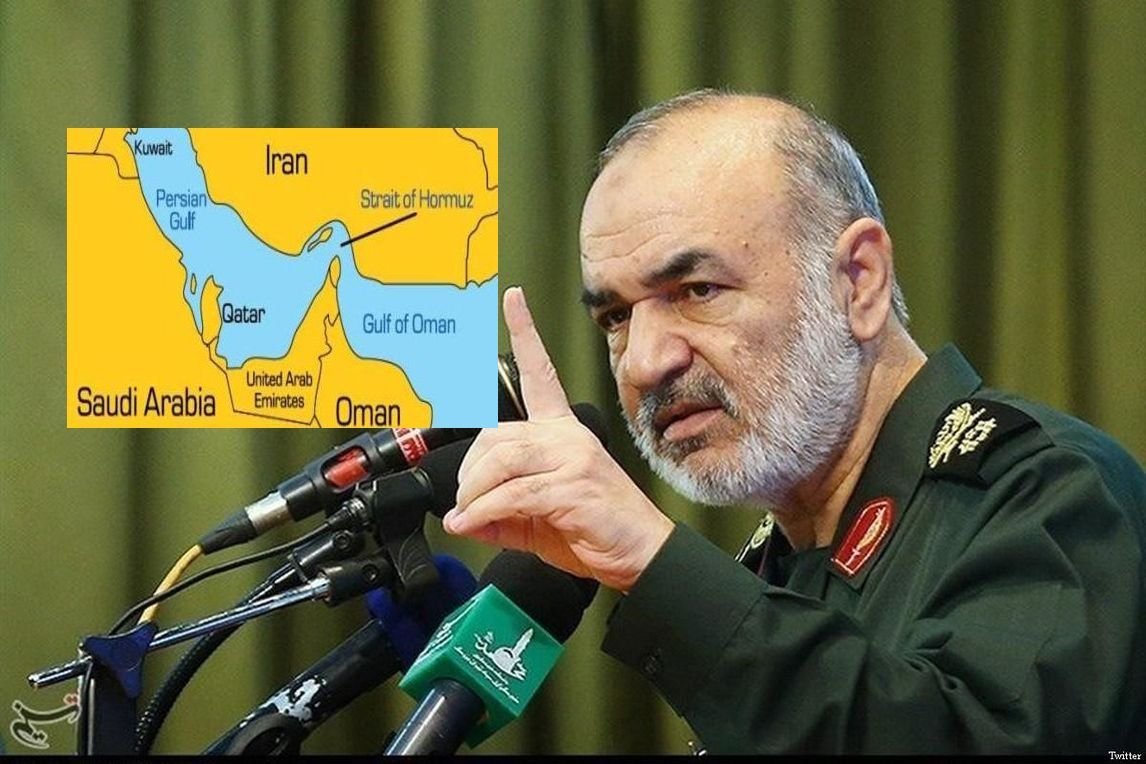 The US placed its Middle East forces on high alert on Monday, April 22, before announcing the cancellation of waivers that allowed 8 countries to buy embargoed Iranian oil. US Secretary of State Mike Pompeo said in an unprecedentedly tough statement. “We are going to zero across the board. We’ll continue to enforce sanctions and monitor compliance and any nation or entity interacting with Iran should do its diligence and err on the side of caution; the risks are simply not going to be worth the benefits.” He went on to say: “How long we’ll remain there at zero depends solely on the Islamic Republic of Iran’s senior leaders.”

The countries who will no longer benefit from the waivers are China, India, Japan, Taiwan, South Korea, Italy, Greece and Turkey. They collectively imported a million barrels a day of Iranian oil. Prior to sanctions, Iran was exporting 2.1 million barrels per day. That figure had already dropped to 700,000 barrels. Since oil is Iran’s single export commodity, its cutoff to zero is a virtual death blow to its economy.

Before the latest tightening of US sanctions, the first round had been devastatingly effective. The official inflation rate had soared past 50 pc to stand at an annual rate of 30.6pc. Basic foods, water and tobacco were priced 85.3p higher than the corresponding period the year before. Whereas in 2018, the US dollar went for 40,000 rial, today the rate has sunk further to 140,000 rial. Therefore, the zero-oil sales level projected by the US is tantamount to zero revenue for the Iranian revolutionary treasury.

“The goal remains simple,” as defined by Pompeo: “To deprive the outlaw regime of the funds it has used to destabilize the Middle East for four decades and incentivize Iran to behave like a normal country.” He calculated that the sanctions will divert “well north of $10 billion” away from the Iranian regime.

This monumental and unprecedented US pressure on Tehran is compounded by the cruel effects on the population of the most severe weather disasters the Islamic republic has known for many years. Weeks of incessant rainfall have caused widespread flooding  in 25 of the country’s 31 provinces, forcing more than 2 million people to flee their homes. More than 150 homes were destroyed, crops amounting to 14pc of Iran’s annual national product were destroyed, roads, bridges, and installations worth $2.5m for drinking and irrigation water were washed away.

The Trump administration is also turning the screw on Tehran’s allies in the violent propagation of its influence, including Syria and proxies such as the Lebanese Hizballah and Iraqi Shiite militias. Hizballah, whose fund-raising methods have long been targeted by Western law enforcement, was this week treated by Washington in the style of a wanted miscreant with the offer of a $10bn reward for information leading to the disruption of its finances. The State Department said the money would be paid to anyone who provides intelligence in such areas as Hizballah’s donors, financial institutions that assist its transactions and businesses controlled by the movement. Hizballah is already feeling the pinch from the slowdown of its regular subsidy from sanctions-bound Iran and is appealing for donors.

US financial pressure on Iran is so deep that even if China, Russia, Turkey, Indonesia, Malaysia and some West European countries try to bypass or defy the Trump administration by buying Iranian oil, regardless of sanctions, the quantities will be too negligible to affect the overall calamity.
It has placed the Islamic Republic of Iran face to face with two options: to knuckle under to US demands, or resort to military measures to force Washington to ease the grip on its windpipe. Tehran has often warned that if its oil exports are choked off, the Arab oil nations of the Gulf will be equally prevented from sending their product to market, either by a partial or total blockage of the Strait of Hormuz, through which one-fifth of the world’s daily consumption of fuel passes, or disruption of the oil tanker routes through the Red Sea.

DEBKAfile’s military sources report that Iran lacks sufficient military strength to totally blockade Hormuz or the Red Sea oil routes. However, a single attack on tanker traffic would send oil prices shooting skyward past $100 the barrel, creating market pressure on Washington. Other offensive options for Tehran would be attacks on US military bases in the Middle East, including Syria and Iraq, the Gulf and the Red Sea. Local Shiite militias or Revolutionary Guards Corps (IRGC) special units would be activated to strike targets belonging to US allies, including Israel, Saudi Arabia and the United Arab Emirates.
With his mind focused on belligerency, Supreme leader Ayatollah Ali Khamenei on Sunday, April 21, replaced the veteran IRGC chief, Gen. Ali Jafari, with a younger, more radical and dynamic figure, deputy Guards chief Brig. Gen, Hossein Salami.  According to our sources, Salami, who stands out even among the radical IRGC officers as a hawk, was selected by the supreme leader to prepare a military campaign against the United States and its allies in the region for the purpose of breaking the back of American sanctions. He is being closely watched not just in Washington, but also in Riyadh and Jerusalem.