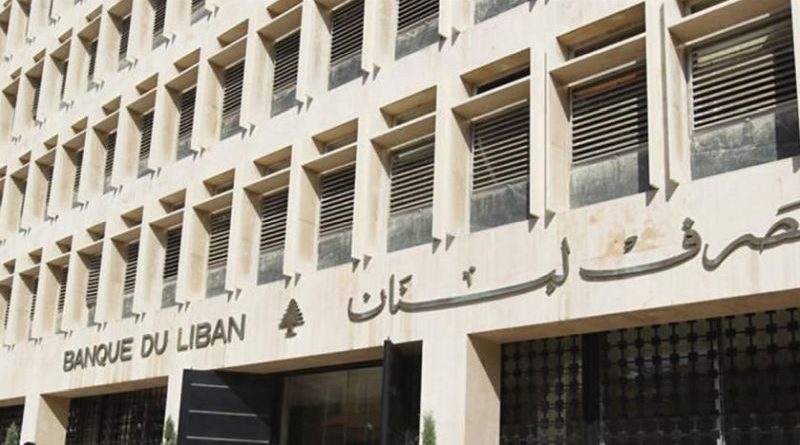 The Trump administration is letting Lebanon flounder in economic agony as part of its program for ridding Beirut of Iran’s stifling influence and loosening its proxy, Hizballah’s grip on the regime.

This program, led by David Shenkar, Assistant Secretary for Near Eastern Affairs, is backed by a four-point rationale, according to DEBKA Weekly:

1. With a 152pc debt-to-GDP ratio, Lebanon (population just over 6 million) is the third most deeply indebted country in the world after Japan and Greece. Its public finances are crippled by interest payments which, combined with a public sector wage increase two years ago, contribute to the soaring budget deficit. Lebanon’s transport and electricity infrastructure, crying out for years for an overhaul, can’t meet local demand. Back-up generators are in demand to cover several hours blackouts a week.

Once proudly dubbed “the Swiss banking center of the Middle East,” Beirut’s banks are holding back the funds in the accounts of private individuals and international companies alike. Although people have long used US dollars alongside the Lebanese pound, the American currency has disappeared, ATMs are spitting back bank cards; landlords refusing to accept rent in pounds and restaurants rejecting credit cards and insisting on cash. Service industries are laying off employees or putting them on half-wages.

The chaos prevailing in the country since the onset of popular protests two months ago – and the governing vacuum since Saad Hariri stepped down – leave Lebanon with no one in charge for arresting the economy’s collapse. Beirut can’t turn to the International Monetary Fund for aid, because (a) it has no government to implement reforms in lieu of loans; and (b) Washington is secretly leaning hard on the IMF to hold back assistance.

2. DEBKA Weekly’s sources also report that the Trump administration has embarked on this action to force Lebanon to shoulder responsibility for its own financial affairs. Until now, the government, under the thumb of Tehran and Hizballah through a clique of allies – like the Christian President Michel Aoun – was coddled by the US and Gulf oil emirates with a steady flow of annual grants running into hundreds of millions of dollars. Now, these patrons see no reason to continue bankrolling a regime ruled by Iran and its proxy in Beirut and decided to let them find their own funding. Since both are on their uppers – Iran because of US sanctions and Hizballah which is making do with a slashed subsidy of $750m p.a. from Tehran – neither can take on the burden of government and economic salvation. The crisis brings home to the country’s national and religious political leaders the need to kick Iran out of its strongholds in Beirut in order to build a viable government and haul the country out of its economic quagmire. To achieve this, they must release Hizballah’s stranglehold on the army, the political system and the economy.

3. Saad Hariri, who as leader of the Sunni Muslim majority is the only national politician able to form a national government, was willing to undertake this task if he could staff his government with technocrats with the expertise for salvaging the economy. Hizballah’s leader, Hassan Nasrallah, acting in the Iranian interest, blocked this option, opting instead to cling to power while keeping Lebanon on course for self-destruction.

4. Lebanon’s crisis has also impacted Syria and its hopes of economic recovery after eight years of civil war. In former times, every self-respecting Syrian took care of his family’s financial welfare and future by keeping a nest egg in a once safe Lebanese bank. Now those savings are being swept away too and the Syrian pound devalued rapidly; last week the SYP dropped to 940 amid an overall increase in prices.

Syrian President Bashar Assad urgently asked President Vladimir Putin this week for aid before it is too late and the protest riots paralyzing Iraq and Lebanon spill over into Syria and reignite the countrywide revolt against his rule. Four years ago, Moscow stepped in to save the Assad regime. This time, Putin responded by sending Russia’s deputy prime minister Yuri Borisov to Damascus for a two-day visit starting on Monday, Dec. 16, to discuss “matters relating to Tartous Port” with Assad. The Russian president will no doubt exact a price from the Syria ruler for his help at a time that Moscow is itself financially hard pressed by American sanctions.

Meanwhile, Lebanon’s caretaker Foreign Minister Jebran Bassil on Tuesday Dec. 17, pointed to the potential fallout for both Lebanon and Syria from the economic warfare led by Washington against his country: “Hundreds of thousands of Lebanese, Syrians and Palestinians might flee to Europe should Lebanon turn into another Syria,” he warned in a speech at an international conference on refugees at UN headquarters in Geneva. “Stand by Lebanon and prevent its collapse,” Bassil implored, since “what happened in Syria might be repeated in our country.”

The trouble is that Lebanon is running headless without a government. On Thursday, Dec. 18, after outgoing PM Saad Hariri refused to stay on the job or name another Sunni Muslim to replace him, the Shiite Hizballah and Amal factions and allied Maronites recommended Prof. Hassan Diab as their candidate for prime minister during President Aoun’s consultations with lawmakers.

A former education minister, Diab serves currently as Vice President of the American University of Beirut and a Professor of Computer Engineering at the Maroun Semaan Faculty of Engineering & Architecture. As prime minister, he would have to take on the colossal tasks of rescuing the national economy from breakdown while calming the wave of anti-government protest paralyzing the country for two months. However, as Hizballah’s choice, Prof. Diab would not be the right man in Beirut for breaking the pro-Iranian Hizballah’s grip on Beirut.