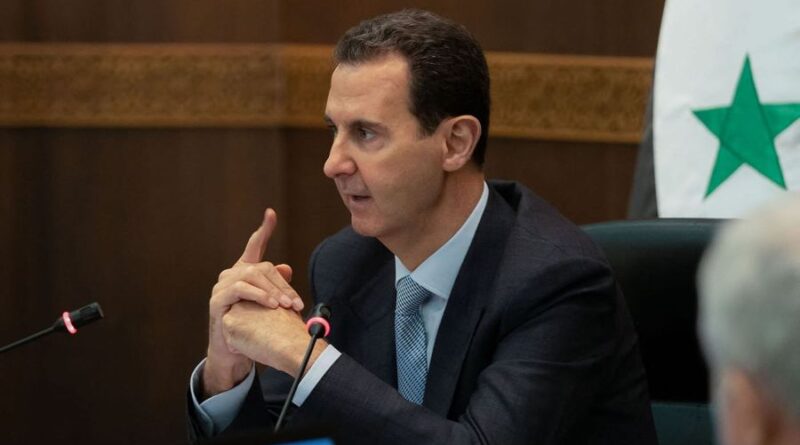 The US is upending its decade-long policy of condemnation for the Assad regime. A senior US official revealed this week. “Although the Biden administration itself may not be welcoming Assad back into the fold with open arms, it has clearly left open the door for others to do so…” and, said the official, “…will not act to prevent or reverse US allies re-engaging with and normalizing Assad’s regime.”
The presence of Iranian and Hizballah forces in Syria, a vital issue of concern to Israel, was not mentioned in the comment. Other Washington sources pointed to the high significance to this move of the Jordanian King Abdullah’s visit to the White House on July 19, although the Israel government and its new heads remained oblivious to what was happening.

In fact, the king was given to understand by President Joe Biden that he would not be held to US sanctions if he went ahead to re-engage with Damascus. Those sanctions were clamped down for the atrocities perpetrated by Bashar Assad against the opposition and civilian population in the civil war. Abdullah lost no time in taking this US U-turn aboard. Just a week later, he welcomed to Amman his first Syrian visitor in years: Defense Minister Gen. Ali Abdullah Ayyoub, a close crony of the Syrian president.

DEBKA’s Mid East sources add that this visit was the signal for Jordanian General Intelligence (CID) to crack down on the Syrian opposition groups which were given sanctuary during the civil war. Their key information site, Syria Direct, was shut down and its editorial staff detained.  In mid-September, a large delegation of Syrian opposition factions arrived in Washington, led by Salem al-Meslet, President of the National Coalition of Syrian Opposition Forces, for an attempt to dissuade the administration from its détente with the Assad regime. They came away emptyhanded.

Despite the ramifications of this US policy turnabout in terms of regional energy interests, it remained unheeded by Israel, its government heads and media which were immersed in parochial politics. For months, high-level Israel-US strategic talks were held on Iran, without reference to Syria as the host of hostile Iranian forces.

That is until this week, when a trilateral deal was concluded by Egypt, Jordan and Syria for a new 1.200km pipeline to channel Egyptian gas to Jordan, Syria and Lebanon. When Washington approved that deal, Israel finally woke up to the strategic impact of the emerging US-Syrian rapprochement.

In recent months, Israel has slowed its air campaign against Iranian targets in Syria.  There was an unusual gap between the two last air strike on Aug. 19 and Oct. 6. Furthermore, Israel has halted its attacks on Iranian tankers unloading oil for Lebanon at Syrian ports. The last vessel put in to Banias on Oct. 8 undisturbed. These deliveries are being made in open violation of US sanctions against both Iran and Syria.

On Monday, Oct. 11, Prime Minister Naftali Bennett finally had a word so say on the US policy reversal on Syria. Addressing an event marking a new development program for the Golan. He said: “Our position on the Golan Heights has nothing to do with the situation in Syria. The world may change direction in relation to Syria and Assad, but that is irrelevant. The Golan Is Israel’s. Period.” Bennett thereupon launched a program for doubling the enclave’s population to 54,000.

This may have been meant as a show of defiance of the Biden administration’s acceptance of the Syrian dictator, but it came to late to have much effect.