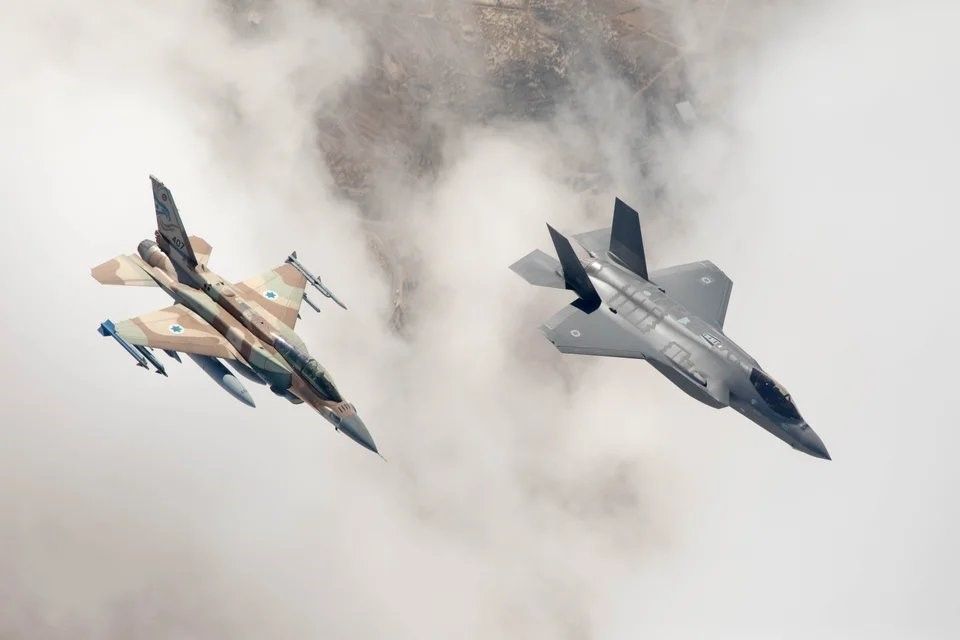 US military sources disclose that the Israeli air offensive on Tuesday night, Dec. 25, was conducted by IAF F-16I fighter jets firing Delilah cruise missiles from Lebanese air space into Syria. Damascus is said to have countered the attack with Russian Pantsir-S2 and S-200 SAM air defense weapons. These highly credible sources also disclose that the Israeli attack was aimed at Syrian military sites – not Iranian and Hizballah targets as earlier reported in Israel and Damascus. The Israeli government and military chiefs had apparently decided, say the US sources, to take advantage of the chaos generated by President Donald Trump’s decision to pull US troops out of Syria and Ankara’s threat of a Turkish army thrust across the Euphrates. Their purpose was to disable Syrian military sites where Iranian and Hizballah combat assets were quartered.
After the F-16 jets failed to connect to their targets, the IDF sent the F-35 stealth planes over in a second wave.
According to the earlier accounts coming from inside the region, a wide-ranging IDF attack southwest of Damascus Tuesday night, Dec. 25, hit Iranian and Hizballah targets. They confirmed that some of them were embedded in Syrian army bases. Both versions confirm the attack was launched from Lebanese air space. Early Wednesday, the Syrian army released a video claiming to depict the interception of one of many Israeli missiles hit by its air defense systems. Syrian and Lebanese sources describe the Israeli air offensive as lasting 30 minutes. If correct, then this latest Israeli attack over Syria was the same length as the massive Israel Air Force strike of Nov. 29 which struck at least 15 Iranian and Hizballah targets. After that multiple raid, Damascus warned that henceforth there would be payback against corresponding targets inside Israel.
A blackout covers the circumstances of the massive explosion that rocked Israeli towns, including Hadera, Caesarea and Zichron Yaacov while the attack over Syria was in progress. It appears, however, that Syria did indeed fire an air defense missile into Israel in retaliation. The IDF spokesman would only say “The air defense system was activated against an anti-air missile launched from Syria, No damage or casualties.”
This laconic statement indicates that interception did not take place and the Syrian missile may have landed somewhere in Israel. Social media carry photos of its fragments. Witnesses attest to the activation of an Israeli air defense battery located at Ain Shemer.

This was the second time in six months that an IDF air defense battery failed to down a Syrian missile. On July 23, a David’s Sling anti-air battery missed two Syrian SS-21 surface missiles that were heading for the Sea of Galilee.

According to Arab sources, the targets of the Israeli attack were located at the military section of Damascus airport, where an Iranian transport plane – some say three – had landed, and two other locations: Dimat, headquarters of the Syrian army’s 4th Division, Qatana, site of its 10th Division, and the command center of Syrian artillery forces further south at Khan al-Sheikh.
Newsweek magazine quotes anonymous Pentagon sources as saying that one of the Israeli missiles was aimed at a high-profile Hizballah delegation which had landed in Damascus from Beirut at 16:00 local time ready to board an Iranian flight bound for Tehran. They are said to have been on their way to the funeral of Ayatollah Hashemi Alshaharoudi. Other American sources report that only one member of the delegation was hurt.