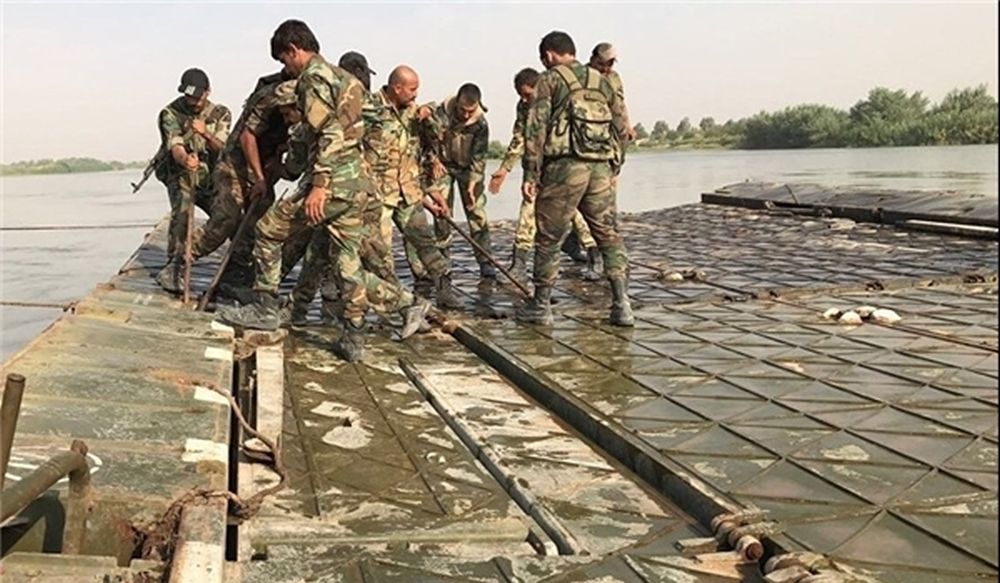 US F-15 fighters, Apache helicopters, heavy artillery and special ops forces took part Thursday, Feb. 8 in the early morning attack against pro-Assad, Hizballah and Shiite forces who were crossing the Euphrates to eastern Syria. DEBKAfile’s exclusive sources report that the US special operations forces posted on the river’s east bank saw a Russian team of military engineers laying a floating bridge across the river 8km north of Deir ez-Zour. Around 500 Syrian commandos, Hizballah and Shiite militiamen, under Iranian command, were sighted about to make the crossing.  US jets and helicopters went into action when the crossing began, destroying the bridge.  US special operations waiting on the eastern bank wiped out the Syrian allied force as it landed, as well the the bridgehead they had started setting up. US-led coalition spokesmen estimated that up to 100 Syrian and Hizballah fighters lost their lives in the engagement, possibly including some Russians. There were no American casualties. Read the earlier  DEBKAfile exclusive report on the two fronts opened up by US special operations forces in Syria.

77 thoughts on “More on US strike: Russians who laid Euphrates bridge among targets”