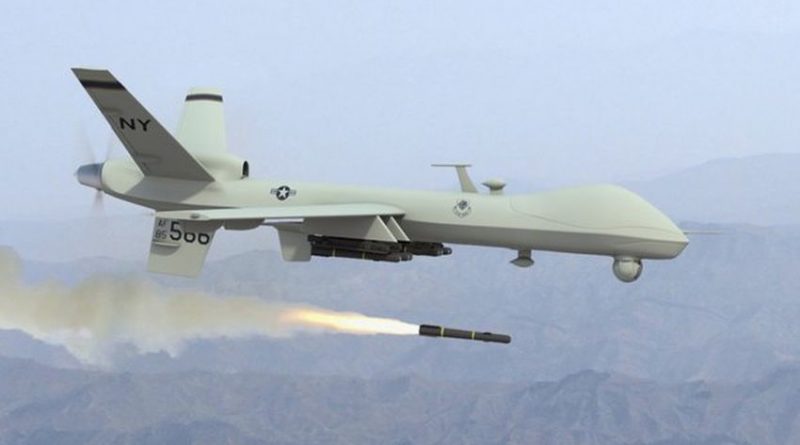 DEBKAfile Exclusive:  The five targets struck by the US air force on Monday, Dec. 29, on both sides of the Syrian-Iraqi border, were centers of the Iran-supported Iraqi Kata’ib Hezbollah Shiite militia and Revolutionary Guards Al Qods – at al Qaim, Iraq and the Abu Kamal region in Syria. At least 25 were reported killed and 55 injured, including Iranian officers.

The assault came 24 hours after 30 rockets fired at the US K-1 base near Kirkuk killed an American civilian contractor and injured four US soldiers. This was the first US direct military assault on Iranian Revolutionary Guards forces. It began shortly after US Secretary of State Mike Pompeo paid a quick, unannounced visit to the US Ain al-Assad airbase with orders for the base commanders, following a decision reached in Washington that the K-1 attack by an Iranian-backed militia must not go unanswered. Pompeo flew out of Iraq shortly after his conference at Ain al-Assad airbase.

Earlier, an Iraqi interior ministry official informed Arab media of intelligence received that Al Qods chief Gen. Qassem Soleimani had ordered the Hezballah militia in Baghdad to withdraw the Iran-supplied rockets from storage and transfer them to residential areas as a means of deterring a US attack. The militia was also told to reserve those rockets exclusively for use against US forces. This disclosure strongly indicated that the Hezballah militia was in the direct sights of the impending US assault.