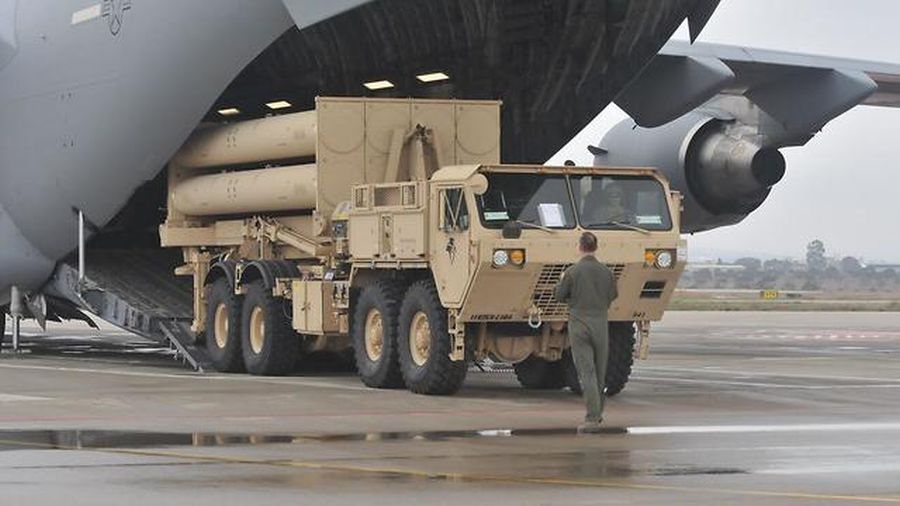 The USEUCOM Terminal High Altitude Area Defense (THAAD) System is to be deployed in southern Israel for a joint drill in which some 200 US troops will take part, the US embassy and IDF spokesman announced on Monday, March 4.

The THAAD system, the most advanced systems of its kind in the world, will be added to the existing Israeli air defense systems which defend against long-range ballistic missiles, the US Defense Department said. The purpose of its tactical deployment is “to train the ability to rapidly deploy complex systems around the world, while strengthening capabilities and cooperation with the air defense systems of the Israel Air Force.

“During the deployment, US service members will work in various locations throughout Israel and practice operational procedures for augmenting Israel’s existing air and missile defense architecture. They will refine network connectivity, and conduct multinational training and security cooperation activities,” the US DoD said. The THAAD is deployed from the 11th Air Defense Artillery Brigade, 32nd Army Air and Missile Defense Command (AAMDC) stationed at Ft. Bliss, Texas.
Israel’s air defenses currently include the Iron Dome, designed to shoot down short-range rockets; the Arrow system, which intercepts ballistic missiles outside of the Earth’s atmosphere; and the David’s Sling missile defense system, which is designed to intercept tactical ballistic missiles, medium- to long-range rockets, as well as cruise missiles fired at ranges between 40 to 300 km.

The joint US-Israeli drill comes shortly after the completion of Juniper Falcon 2019, which tested the level of coordination between the two countries in the event of an Iranian ballistic missile threat against Israel.

DEBKAfile: The THAAD and Arrow systems are both hooked onto the early warning systems of USEUCOM, the US European Command, through the advanced US X-band FBX-T radar which is located at a US base in the Israeli Negev. From that base, every Iranian missile launch is monitored.

Our political sources also reveal that, by the THAAD deployment to Israel, the Trump administration demonstrates how far it is ready to go to defend this country against Iranian threats – and also whom Washington prefers to see in charge of Israel’s security.