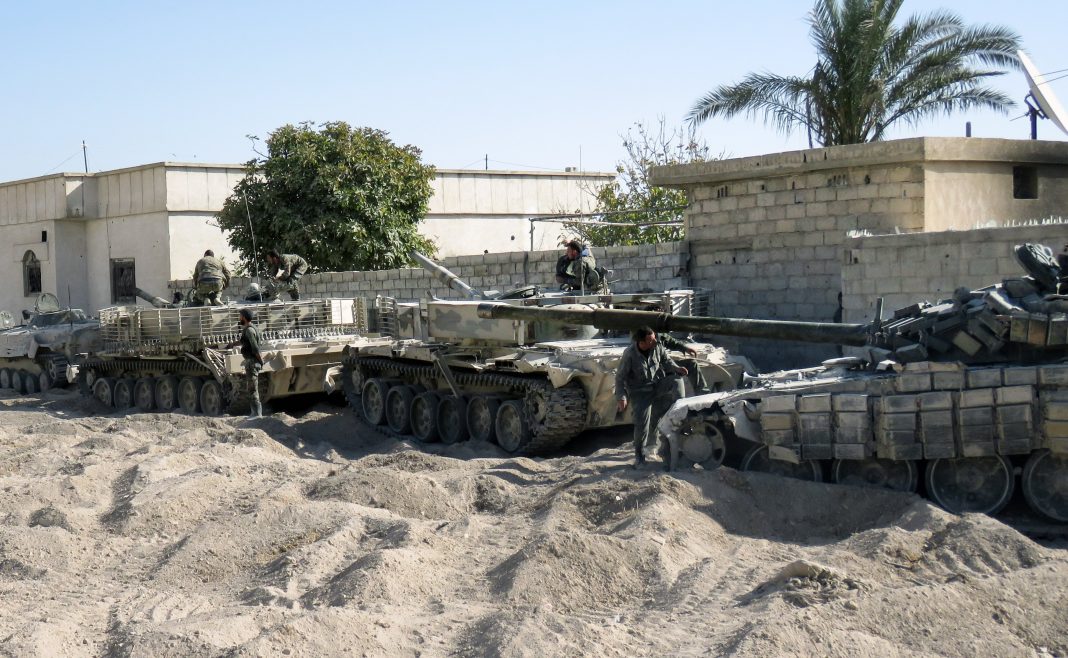 The Trump administration delivered an unmistakable military warning to Moscow and the Assad regime on Saturday, May 26, to hold off from their big offensive to capture the southeastern Daraa region. The US would respond to such “ceasefire violations” with “firm and appropriate measures,” the State Department said, after Assad government leaflets were dropped on Daraa urging US- and Jordanian-trained and armed rebel fighters to disarm. Washington saw the leaflets to mean that Assad and Hizballah forces were ready to launch their offensive, after gaining a promise of Russian air and other support. US intelligence informants had also reported the arrival of Russian officers and mercenaries to take the lead of the Syrian-Hizballah operation.

Last Tuesday, May 22, DEBKAfile was first to report Syrian and Hizballah forces massing for the Daraa offensive at the southern town of Izra, where also the Iranian command cener for eastern Syria is located. Its objective is to cut south through to the Syrian-Jordanian crossing of Nasib, and so posing an immediate threat to Jordan and reach a jumping-off point for its next operation against Quneitra opposite Israel’s Golan border. Amman and Jerusalem notified Washington that unless this offensive was prevented, both armies would have to intervene.
Citing concern about an impending operation inside a “US-enforced de-escalation zone,” State Department spokeswoman Heather Nauert called on Russia to “exercise its diplomatic and military advantage over the Assad regime to stop attacks and compel the Assad regime to cease further military offensives” for “broadening the conflict.” Otherwise, the US would respond with “firm and appropriate measures.”

To make sure the message was understood, a timely reminder of a past incident, which ended badly for the Russian-led Syrian-Hizballah force last February, was dropped onto the pages of the New York Times on Friday. It described the four-hour battle between “Russian mercenaries and US commandos” in the eastern Syria province of Deir ez-Zour. When a Russian-led Syrian government-Hizballah force tried to cross over to the eastern bank of the Euphrates River and overrun the US outpost there, it was thrown back by US marines under heavy air cover and forced to retreat after losing an estimated 200 to 300 dead.